Roland Giraud (born 14 February 1942) is a French actor. He married actress Maaike Jansen in 1966.
Giraud began his theatrical training in the 1960s and joined Coluche's theatrical company in 1971. Around this time he worked also with the troupe, Le Splendid. His first cinematic role came in 1974 in Michel Audiard's Bons baisers...à lundi. He acquired greater recognition for Papy fait de la résistance, and again, for his appearance in Coline Serreau's Trois hommes et un couffin, making him one of the most popular actors of the 1980s.
He lost his daughter Géraldine, an actress herself, murdered when she was just thirty-six, in Villeneuve-sur-Yonne. 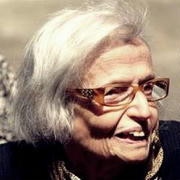