Roko Leni Ukić (born December 5, 1984) is a Croatian professional basketball player for AEK Athens of the Greek Basket League. Standing at 6 ft 5 in (1.96 m), he mainly plays at the point guard position, but he can also play shooting guard position.

Ukić was born and raised in Split, SR Croatia, SFR Yugoslavia, where he began playing basketball for the youth clubs of KK Split in 1992. He competed on cadet and junior teams for the club, winning the national youth championship twice with the cadet team and earning the MVP award of the Croat cadet championship in 2000. Ukić joined the club's senior team, KK Split, in 2000, at the age of 16. He scored his first professional points on October 14, 2000, as his Split Croatia Insurance team won the game against Šibenik (93:79). Ukić finished the game with five points.

At the age of 17 Ukić was already team captain. During his five years with the club, he won the Croatian Championship in 2003 and the Croatian Cup in 2004. In the Cup final against Zadar, Ukić scored the winning buzzer beater. Ukić played for Split until 2005, when he was drafted by the NBA's Toronto Raptors in the second round, with the 41st pick overall, after averaging 18.5 points and 4.3 assists, in 35.2 minutes per game for Split in the Adriatic League.

Rather than risk being buried on the bench as a reserve player in the NBA, he opted to join Tau Cerámica of the Spanish ACB League, a team that had an open spot at the backup point guard position in 2005. In his first season abroad Ukić became the first Croatian player to win Spanish ACB League's Player of the week award. He got the award for scoring 27 points against CB Valladolid. Ukić won the Spanish Cup 2006, and played in the Spanish ACB League Playoffs, eventually losing out to Unicaja Malaga in the finals by 3–0.

After spending a season with Baskonia, he moved to Spanish League rivals FC Barcelona in the summer of 2006, where he also held the backup position at point guard. With Ukić in the line-up, Barcelona won the Spanish Cup 2007, but lost the 2007 League finals versus Real Madrid by 3–1.

In the summer of 2007, he moved to the Italian League team Virtus Roma, on a loan deal, where he was coached by his mentor and Croatian national basketball team coach Jasmin Repeša. Ukić had his best Euroleague season with Virtus, averaging 13.3 points and 3.4 assists per game. He reached the national championship finals once again, and once again his team was only second best. Montepaschi Siena won the finals by 4–1.

On July 16, 2008, Ukić agreed to a three-year deal with the NBA's Toronto Raptors. During his first NBA season, he appeared in 72 games, as a backup at point guard to his former Saski Baskonia teammate, José Calderón, wearing jersey #1 for the Raptors. In 12.4 minutes of play, he averaged 4.2 points and 2.1 assists, with career highs of 22 points on February 22, 2009, against the San Antonio Spurs, and 10 assists on March 27, 2009, against the Oklahoma City Thunder.

Ukić in action with Fenerbahçe Ülker in 2010.

After being waived by the Milwaukee Bucks during his second NBA season, in January 2010, Ukić returned to Europe when he moved to the Turkish League club Fenerbahçe Ülker. He signed a two-year contract on June 17, 2010.

Ukić led his club to the 2009–10 Turkish Basketball League title, hitting the game-winning shot in Game 3 and scoring 15 points in Game 6 win by 76:51. The club had previously won the Turkish Cup, with Ukić's 11 points in the final game versus Mersin BB.

In the 2010–11 season Fenerbahçe repeated the double. Ukić was voted MVP of the Turkish League Playoffs. Fenerbahçe also reached the Top 16 phase of the Euroleague, with Ukić posting averages of 13.2 points, 3.5 assists and 2.5 rebounds per game. His final season with the Turkish club was injury plagued.

Ukić missed the start of the season 2011–2012 due to a foot stress fracture, and later on in the season he suffered a broken finger.

In 2012, Ukić signed a two-year contract with the Greek League club Panathinaikos. In his first season with the club, he won the third double of his career. In the final of the Greek Cup, Panathinaikos beat Olympiacos 81:78, as Ukić scored 18 points and won the Final MVP award.

Panathinaikos and Olympiacos played again in the League finals, and Panathinaikos claimed the title with a 3–0 series sweep. Ukić was the leading scorer of the finals. In Game 2 he scored 17 points in 23 minutes on the court, helping his team to a 63:52 victory.

Ukić played in 28 Euroleague games in 2012–2013, averaging 8.9 points, 2.8 assists and 2.7 rebounds per game. He won the Player of the week award for his performance in Round 8 of the Top 16. Panathinaikos won away at BC Žalgiris 78:73, with Ukić's 21 points, six assists, four rebounds and index rating of 28. After the game, Ukić said he had felt back pain and had thrown up on the Panathinaikos bench in the final minutes of the game.

Ukić missed the beginning of the 2013–14 season because of the Achilles tendon strains in both feet.

On August 7, 2014, Ukić returned to Croatia and signed a one-year deal with Cedevita Zagreb.

On October 9, 2015, Ukić signed a two-month contract with Italian club Pallacanestro Varese. Following the expiration of his contract, on December 16, 2015, he parted ways with Varese. On January 11, 2016, he signed with Pallacanestro Cantù for the rest of the season.

He also represented Croatia at the 2015 EuroBasket, where they were eliminated in the eighth finals by Czech Republic.

The father of Roko Ukić is Zoran Ukić, drummer of the Split-based rock band The Obala and former drummer of the dissolved Daleka Obala. Roko Leni got his first name after his grandfather and his middle name after drummer Lenny White. He also plays the drums. 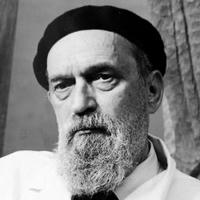