Phegley was both a basketball and baseball standout at East Peoria High School. As a pitcher, he played a significant role in East Peoria's making the state baseball tournament for the first time. He even played briefly as a pitcher at Bradley University. During his college basketball career Phegley was named an All-American by Converse in 1978 and a third-team choice by the Associated Press and United Press International. He was Missouri Valley Conference Player of the Year in 1977, and was an all-Missouri Valley Conference selection in 1977 and 1978.

NBA career and beyond

He is now living in Morton, Illinois, where he works as an insurance agent with offices in Peoria.

The contents of this page are sourced from Wikipedia article on 19 Aug 2020. The contents are available under the CC BY-SA 4.0 license.
View Roger Phegley 's image gallery
Image Gallery 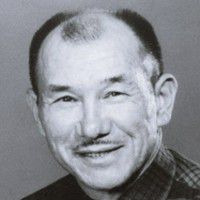