Roger Leonard (born July 21, 1953) was a professional boxer from Palmer Park, Maryland. He is the older brother of boxing legend Sugar Ray Leonard, who he introduced to boxing.

Leonard turned professional in 1978. He regularly fought on the undercards of his famous younger brother, including when Sugar Ray fought Wilfred Benitez and Roberto Duran.

Leonard was 15-0 and ranked second in the world as a junior middleweight when he was stopped in ten rounds by Mario Maldonado in February 1981. He retired after winning an eight-round decision against Herbie Wilens in March 1982. His professional record was 16-1 with 7 knockouts. 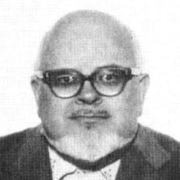