Roger Fritz (born 22 September 1936) is a German actor, director, producer and photographer, perhaps best known for Cross of Iron, and his work with Rainer Werner Fassbinder in Querelle, Lili Marleen and Berlin Alexanderplatz.
Roger Fritz was born on 22 September 1936 in Mannheim, Baden, Germany. He was married to the actress, Helga Anders (1948–86), from 1968–74, when they divorced. They had one child, Leslie Fritz, who is an assistant director. 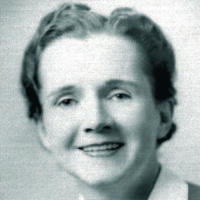