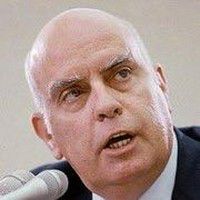 Roger Mark Boisjoly (/boʊʒəˈleɪ/ boh-zhə-LAY; April 25, 1938 – January 6, 2012) was an American mechanical engineer, fluid dynamicist, and an aerodynamicist. He is best known for having raised strenuous objections to the launch of the Space Shuttle Challenger months before the loss of the spacecraft and its crew in January 1986. Boisjoly correctly predicted, based on earlier flight data, that the O-rings on the rocket boosters would fail if the shuttle launched in cold weather.

Boisjoly studied mechanical engineering at the University of Massachusetts Lowell. He worked for companies in California on lunar module life-support systems and the moon vehicle. He later worked for Morton Thiokol, the manufacturer of the solid rocket boosters (SRBs) for the Space Shuttle program.

This memo followed his investigation of a solid rocket booster (SRB) from a shuttle flight in January 1985. During his investigation, he discovered that the first of a system of two O-rings had failed completely, and that some damage had been caused to the second O-ring.

The O-rings were two rubber rings that formed a seal between two sections of the SRBs. The sections of the boosters were joined using tang and clevis joints and the rings were intended to seal the joint, while allowing for the inevitable movement between the sections under flight conditions. By design, pressure from within the booster was to push a fillet of putty into the joint, forcing the O-ring into its seat. The system never functioned as designed. The rings were supposed to sit in a groove and seal the joint between the sections of the booster. It was found, however, that flight dynamics caused the joints in the SRBs to flex during launch, opening a gap through which rocket exhaust could escape. As the joints flexed, the rings would come out of their grooves and move to a new position in the joint, a process called extrusion. The extruded ring would form a seal in this new position, but during the time it took for the ring to shift, the joint was unsealed and hot gases could escape, a process called blow-by. These hot gases would damage the rings until the seal was achieved.

Boisjoly's investigation showed that the amount of damage to the O-ring depended on the length of time it took for the ring to move out of its groove and make the seal, and that the amount of time depended on the temperature of the rings. Cold weather made the rubber hard and less flexible, meaning that extrusion took more time and more blow-by took place. He determined that if the O-rings were damaged enough they could fail.

If the second O-ring had failed, Boisjoly realized, the results would almost certainly have been catastrophic with the complete loss of the shuttle and crew seemingly the only outcome. His investigation found that the first O-ring failed because the low temperatures on the night before the flight had compromised the flexibility of the O-ring, reducing its ability to form a seal. The temperature at launch had been only 10 °C (50 °F), the coldest on record (until January 28, 1986). The first rubber O-ring had formed a partial seal, but not a complete one, but the second O-ring had held.

Boisjoly sent a memo describing the problem to his managers, but was apparently ignored. Following several further memos, a task force was set up—including Boisjoly—to investigate the matter, but after a month Boisjoly realized that the task force had no power, no resources, and no management support. In late 1985 Boisjoly advised his managers that if the problem was not fixed, there was a distinct chance that a shuttle mission would end in disaster. No action was taken.

Following the announcement that the Challenger mission was confirmed for January 28, 1986, Boisjoly and his colleagues tried to stop the flight. Temperatures were due to be down to −1 °C (30 °F) overnight. Boisjoly felt that this would severely compromise the safety of the O-ring, and potentially lose the flight.

The matter was discussed with Morton-Thiokol managers, who agreed that the issue was serious enough to recommend delaying the flight. NASA protocols required all shuttle sub-contractors to sign off on any flight. During the go/no-go telephone conference with NASA management the night before the launch, Morton-Thiokol officially notified NASA of their recommendation to postpone. NASA officials strongly questioned the recommendations, and asked (some say pressured) Morton-Thiokol to reverse their decision.

The Morton-Thiokol managers asked for a few minutes off the phone to discuss their final position again. The management team held a meeting from which the engineering team, including Roger Boisjoly and others, such as Bob Ebeling, were deliberately excluded. The Morton-Thiokol managers decided to advise NASA that their data was inconclusive. NASA asked if there were objections. Hearing none, NASA decided to launch the ill-fated STS-51-L Challenger mission. Historians have noted that this was the first time NASA had launched after having received an explicit no-go recommendation from a major contractor, and that the process of questioning the recommendation and asking for a reconsideration was highly unusual. Many have also noted that the sharp questioning of the no-go recommendation stands out in high contrast with the immediate and unquestioning acceptance when the recommendation was changed to a go.

The concerns of Boisjoly and Ebeling proved correct. Upon ignition, the O-ring was burned to ash, which formed a weak seal in the joint. At 58 seconds after launch, the shuttle was buffeted by high-altitude winds, the ash seal collapsed, and hot gases streamed out of the joint in a visible blowtorch-like plume that burned into the external hydrogen tank. At about 73 seconds, the adjacent SRB strut gave way and the vehicle quickly disintegrated.

Initially, Boisjoly was relieved when the flight lifted off, as his investigations had predicted that the SRB would explode before lift-off. However, seventy-three seconds later, he witnessed the shuttle disaster on television.

After President Ronald Reagan ordered a presidential commission to review the disaster, Boisjoly was one of the witnesses called. He gave accounts of how and why he felt the O-rings had failed, and argued that the caucus called by Morton-Thiokol managers, which resulted in a recommendation to launch, "constituted the unethical decision-making forum resulting from intense customer intimidation." After the commission gave its findings, Boisjoly found himself shunned by colleagues and managers and he resigned from the company. Boisjoly became a speaker on workplace ethics.

For his honesty and integrity, both leading up to and directly following the shuttle disaster, Boisjoly received the Award for Scientific Freedom and Responsibility by the American Association for the Advancement of Science in 1988.

When Boisjoly left Morton-Thiokol, he took 14 boxes containing every note and paper he received or sent in seven years. On May 13, 2010, he donated his personal memoranda—six boxes of personal papers, including memos and notes from congressional testimony—to Chapman University in Orange, California. Rand Boyd, the special-collections and archival librarian at Chapman's Leatherby Libraries, said the materials will be catalogued and archived. They can now be viewed by library visitors.

Boisjoly died of cancer of the colon, kidneys, and liver on January 6, 2012.

The contents of this page are sourced from Wikipedia article on 07 Mar 2020. The contents are available under the CC BY-SA 4.0 license.
View Roger Boisjoly 's image gallery
Image Gallery