Roger Aaron Brown (born June 12, 1949) is an American character actor known for his role as Deputy Chief Joe Noland on the hit CBS drama television series The District from 2000 to 2004, and for his minor role in the 1988 science fiction film Alien Nation as Det. Bill "Tug" Tuggle, the partner and friend of Matthew Sikes (James Caan) at the beginning of the film. Brown reprised his Alien Nation role in a flashback scene in the pilot episode of the Fox TV series Alien Nation.

Brown appears in the first two episodes of the TNT television series Saving Grace as the Chief of Detectives, as well as portraying Colonel Joseph Ntila in the 4th episode of the 6th season of House M.D.. Brown has made a number of appearances in many films especially Caravan Pictures. He portrayed John Henry in Disney's Tall Tale (1995). Other roles include Star Trek: The Motion Picture (1979), Cobra (1986), Near Dark (1987), Action Jackson (1988), Downtown (1990), and RoboCop 2 (1990).

He also provided the voice of Achilles Davenport in the 2012 video game, Assassin's Creed III. He reprised the role, albeit as a much younger version of the character, in 2014's prequel Assassin's Creed Rogue.

In 2010, he acted as the narrator for The LXD: The Uprising Begins.

In 2006 Roger Aaron Brown performed in the American television series: Criminal Minds, on episode 14 in season 1 "Riding the Lightning" as Warden Charles Diehl. 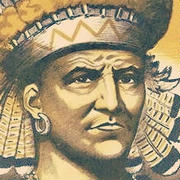