Although he also used to think about majoring in Agronomy, Hilbert's dream was inheriting his grandfather's smithery, with whom he used to work. But when he was surprised by an invitation from a stranger to be model in Rio de Janeiro, he abandoned everything and went there to try a new life in the big city. He was only 18 years old.

As a model, he was one of the faces of Versace. In his first video audition, he got the role in the soap opera Desejos de Mulher, in 2002. He publicly stated that he did not do well, because he had not prepared himself to be actor.

Then he studied interpretation for four years, acted in two movies and had small roles in two more soap operas, in Da Cor do Pecado and Senhora do Destino. Later, he made a huge success when he portrayed Murilinho in América.

With some friends, he set up a theater company Elza Gomes and traveled throughout Brazil with the play Duelo.

In 2007 he took part in Dança dos Famosos, the Brazilian equivalent of Strictly Come Dancing, in the TV show Domingão do Faustão, when he surprised everyone and got a lot of compliments from expert reviewers of the TV show jury and he was the winner.

He dates actress, model and journalist Fernanda Lima. In order to win her, he gave her a chandelier, which he himself made, to show her his abilities as blacksmith. They have 2 sons (twins). 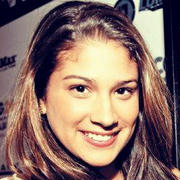