Rodney Sheppard (born November 25, 1967) is an American musician who is the guitarist of the rock band Sugar Ray.

Rodney was born in Trinidad, but raised in Newport Beach, California. His mother's name is Gloria and he has an older brother named Alan. While attending Corona del Mar High School Rodney & friends formed a cover band inspired by the group The Jam. That band, initially called The Tories, went on to become The Shrinky Dinx, and eventually became Sugar Ray.

Campbell's middle name is an homage to action star Bruce Lee. Rodney's admiration for the actor, and the entire Kung Fu genre, can be seen in his role in the video for Sugar Ray's "When It's Over" where he attempts karate with Kareem Abdul-Jabbar.

Campbell is currently studying Creative Media at the University of Alabama, and is a member of the Phi Kappa Psi(ΦΚΨ) fraternity, Alabama Alpha chapter.

Rodney's bulldog Austin (1993–2006), made a cameo appearance in almost every Sugar Ray video and can be seen in the inside sleeve of the 2001 Sugar Ray self-titled album.

With the band, Rodney has appeared in the films Scooby-Doo and Father's Day, as well as the TV show Las Vegas.

The contents of this page are sourced from Wikipedia article on 10 Jun 2020. The contents are available under the CC BY-SA 4.0 license.
comments so far.
Comments
From our partners
Sponsored
Reference sources
References
https://www.amazon.com/gp/customer-media/product-gallery/B00005JH75/ref=cm_ciu_pdp_images_2?ie=UTF8&index=2
https://www.imdb.com/name/nm0791983/
//www.google.com/search?&q=%22Rodney+Sheppard%22+site:news.google.com/newspapers&source=newspapers
//scholar.google.com/scholar?q=%22Rodney+Sheppard%22
https://www.jstor.org/action/doBasicSearch?Query=%22Rodney+Sheppard%22&acc=on&wc=on
http://www.sugarray.com/
https://musicbrainz.org/artist/5f4e8818-5df9-4ee1-8517-e8bf38688584
Trending today in 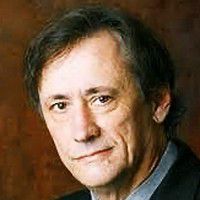