Rodney K Jackson (born March 4, 1967; a.k.a. R.K. Jackson) is an American music producer, composer, remixer, and engineer. Jackson's musical styles include Pop, Dance, House, and Soul/R&B. He is also the publisher and founder of The People's Urban Beat Report.

Growing up on the sounds of Earth, Wind, and Fire, Stevie Wonder, Chic, Chicago House Music, and Prince, Rodney Jackson began his journey as a music producer/ keyboardist when a family friend, (and Star Search finalist) Marshall Titus, invited him to a session at Chicago's famed PS Studios on the South Side. In 1984, Jackson met producer Tom "Tom Tom 84" Washington (Earth, Wind, and Fire, Phil Collins, Rodney Franklin) who patiently listened to his demo made on two tape decks. Washington advised him to learn chord structure and told him to come back once the songs were done.

Over the next five years Jackson honed his skills playing in various bands in Chicago and Phoenix, AZ. In 1989, he co-wrote "Ecstasy" with Marshall Titus on the London-based Zing Records. In 1991, he co-wrote and co-produced A&M Records recording artist, Cece Peniston's track "Finally" (Charted #5-Billboard Hot 100). Other tracks produced or written on the album include "Inside That I Cried" (Charted #94-Billboard Hot 100), "Should’ve Been You", "You Win I Win We Lose", and "Virtue". The album went on to become Gold and garnered Jackson a BMI songwriter's award in 1993.

In July 1996, Jackson founded "The Phoenix Underground Beat" and later changed the name to The PUB Report. As a tabloid magazine and website, The PUB Report served as an independent and major label promotional music news publication in Chicago and Phoenix. In 2014, singer Brandon Michael tapped R.K. Jackson to help produce and write on his debut album, "Timeless", which spawned the record "Crush". Jackson and Michael teamed up once more for the release of the single "Too Far To Let Go" in September 2016.

The contents of this page are sourced from Wikipedia article on 02 Jul 2020. The contents are available under the CC BY-SA 4.0 license.
View Rodney Jackson 's image gallery
Image Gallery 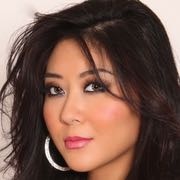