Robin West (born 1954) is the Frederick J. Haas Professor of Law and Philosophy and Associate Dean (Research and Academic Programs) at the Georgetown University Law Center. West's research is primarily concerned with feminist legal theory, constitutional law and theory, philosophy of law, and the law and literature movement.
West holds a B.A. and a J.D. (1979) from the University of Maryland and a masters in judicial studies from Stanford. West came to Georgetown after teaching at the University of Maryland Law School from 1986-1991, and at the Cleveland-Marshall College of Law from 1982-1985.
West is best known for her work in the Ethic of Care and feminist legal theory. West has argued that the liberal view of people as autonomous individuals is only superficially true from a masculine perspective in her most famous work, Jurisprudence and Gender. 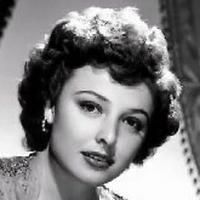