Robin Lehner (born 24 July 1991) is a Swedish professional ice hockey goaltender currently playing for the Vegas Golden Knights of the National Hockey League (NHL). He has also played for the Ottawa Senators, Buffalo Sabres, New York Islanders, and Chicago Blackhawks. Lehner was selected by the Senators in the second round, 46th overall, of the 2009 NHL Entry Draft. Lehner was the recipient of the Jack A. Butterfield Trophy as MVP of the 2011 Calder Cup playoffs with the champion Binghamton Senators, Ottawa's American Hockey League (AHL) affiliate.

Lehner started playing hockey relatively late at ten years old. He had previously played soccer. He began playing hockey with Mölndal IF, and in only seven years he became one of the top Swedish goaltenders in his age group. Lehner played for Frölunda HC until the 2008–09 season. After being drafted by the Ottawa Senators in the second round, 46th overall, in the 2009 NHL Entry Draft, he moved to Canada to play for the Sault Ste. Marie Greyhounds of the Ontario Hockey League (OHL).

On 29 March 2010, Lehner signed a three-year, entry-level contract with the Ottawa Senators. Ottawa sports media suggested the "highly touted prospect" would provide a measure of stability and longevity to the Senators' goaltending, something the organization has rarely had since its inception.

In 2010, following a successful season in Sault Ste. Marie, the Senators organization informed the team that Lehner would not be returning, as he would begin his time with the Binghamton Senators for the 2010–11 season. Lehner made his AHL debut on 15 October 2010. The next day, Lehner was called up to Ottawa due to an injury to Pascal Leclaire. He made his NHL debut playing four minutes in the third period of a game against the Montreal Canadiens that night. With that debut at 19 years, two months and 24 days, Lehner became the youngest Swedish goaltender to play in the NHL, breaking Jhonas Enroth's record of 21 years, four months and 13 days.

Lehner won his first NHL start when Ottawa defeated the New York Islanders 6–4 on 13 January 2011. On 7 June 2011, Lehner was awarded the 2011 Jack A. Butterfield Trophy as the AHL's Calder Cup Most Valuable Player with the champion Binghamton Senators.

On 17 May 2013, Lehner made his Stanley Cup playoff debut against the Pittsburgh Penguins, stopping 20 of 21 shots in relief of starter Craig Anderson.

The 2013–14 season saw Lehner start the season in Ottawa for the first time after three years of tutelage in the AHL. "I've lived with my suitcase from hotel to hotel. Now you have a base and you can start something," he said of finally being a full-time NHL player. Observers began suggesting he may be a future franchise goaltender in the NHL. On 11 November 2013, after posting a 3–0 record with a 1.33 goals against average (GAA) and .958 save percentage, Lehner was named the NHL's First Star of the Week.

On 26 June 2015, Lehner and David Legwand were traded to the Buffalo Sabres in exchange for Buffalo's 21st overall pick in the 2015 NHL Entry Draft (used to select Colin White).

On 22 June 2018, the Sabres announced they would not tender Lehner a contract offer and would allow him to become an unrestricted free agent when his contract expired on 1 July.

On 3 July 2018, Lehner signed as a free agent to a one-year, $1.5 million contract with the New York Islanders. On 8 October, Lehner became the first goaltender in the Islanders' history to post a shutout in his debut with the team, leading them to a 4–0 win over the San Jose Sharks.

On 6 April 2019, Lehner posted a 3–0 shutout over the Washington Capitals securing the William M. Jennings Trophy, which he shared with teammate Thomas Greiss. On 11 April, he recorded his first playoff win against the Pittsburgh Penguins.

On 21 June 2019, Lehner won the Bill Masterton Memorial Trophy which is given annually to the player who best exemplifies the qualities of perseverance, sportsmanship, and dedication to ice hockey. The league accidentally engraved the trophy with the wrong team, reading "Robin Lehner, New York Rangers."

On 1 July 2019, Lehner signed a one-year, $5 million contract with the Chicago Blackhawks. Lehner was negotiating a new contract with the Islanders, but reportedly the team walked away from him during negotiations and signed former Colorado Avalanche goaltender Semyon Varlamov instead.

On February 24, 2020, Lehner was traded by the Blackhawks, as part of a three-team trade, to the Vegas Golden Knights in exchange for a 2020 2nd round entry draft pick, Malcolm Subban, and prospect Slava Demin. He was initially dealt to the Toronto Maple Leafs for salary retention and prospect Mārtiņš Dzierkals before he was flipped to the Golden Knights for a 2020 fifth-round pick.

Lehner has competed internationally for Sweden in the 2009 IIHF World U18 Championships in Fargo, North Dakota, and Moorhead, Minnesota, where Sweden placed fifth. He competed for starting goaltender at the 2011 World Junior Ice Hockey Championships in Buffalo, New York.

Lehner is a Butterfly style goalie who uses his large frame to his advantage. Despite his size, he remains quite mobile with good lateral movement. Following the 2009 NHL Entry Draft, Senators' scouting staff described Lehner's style as very competitive with good technique and a willingness to aggressively challenge shooters. Sweden head coach Stephan Lundh described him as a "steady, calm person. He's very determined".

Robin's father Michael has helped coach New York Rangers' goaltender Henrik Lundqvist, and has had a big influence on both goaltenders' playing styles. His father never played goaltender, so he would often use his son as a "guinea pig" for Lundqvist. Michael Lehner has done various forms of martial arts at an elite level and took his knowledge of movement over to goaltending. Michael Lehner spent four seasons as the goaltending coach for Frölunda HC, Lundqvist's and Robin Lehner's former team.

When long-time Senators captain Daniel Alfredsson signed with the Detroit Red Wings in 2013, he sold his house in Ottawa to Lehner. Lehner is a fan of melodic death metal and in particular Swedish band In Flames, which originate from Lehner's home town of Gothenburg. The band influenced the design on Lehner's mask.

Lehner and his wife, Donya (née Naini) have two children: a son and a daughter. Donya is of Persian descent. Politically, Lehner supported Donald Trump during the 2016 presidential election.

Lehner has been diagnosed with bipolar disorder, attention deficit hyperactivity disorder (ADHD) and post-traumatic stress disorder (PTSD) and struggled with alcohol and drug addiction before seeking help and getting sober during the 2018 off-season.

The contents of this page are sourced from Wikipedia article on 17 Mar 2020. The contents are available under the CC BY-SA 4.0 license.
View Robin Lehner 's image gallery
Image Gallery 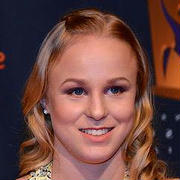 Swedish baron, county governor and speaker of the burghers estate