Robin Cope Hartshorne (born March 15, 1938) is an American mathematician. Hartshorne is an algebraic geometer who studied with Zariski, Mumford, J.-P. Serre and Grothendieck.
He was a Putnam Fellow in Fall, 1958. He received his doctorate from Princeton University in 1963 and then became a Junior Fellow at Harvard University, where he taught for several years. In the 1970s he was appointed to the faculty at the University of California, Berkeley. He is currently retired.
Hartshorne is the author of the popular text Algebraic Geometry. He plays the shakuhachi, and paints.
In 2012 he became a fellow of the American Mathematical Society. 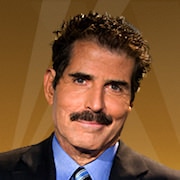