Roberto Roberti (1879–1959) was an Italian actor, screenwriter and film director. He made over sixty films, mostly during the silent era. He was born Vincenzo Leone, but adopted Roberti as his screen name. He was married to the actress Bice Valerian. Their son Sergio Leone became a celebrated director.
During the 1910s Roberti made a number of films for the Turin-based Aquila Films, often featuring his wife in a leading role. He then moved to Caesar Film where he directed eighteen films starring the diva Francesca Bertini. 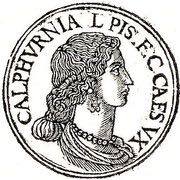