Roberto Nicastro, an Italian businessman and banker, he has been the Chairman of the "Good Banks" and was the Group General Manager of Unicredit; in the past he worked with McKinsey & Co and Salomon Brothers. He is also involved in postgraduate education advisories and charitable activities.

He then moved to Milano, where he earned a Major in Business Administration at the Bocconi University in 1989, under Professor Claudio Dematté's tutorship.

In 1989 he joined the M&A department of Salomon Brothers in London.

In 1991 he became a strategic consultant in Milan with McKinsey & Co, where he had been involved in consumer goods, financial services and banking regulation projects in Italy and in Brazil.

Roberto Nicastro joined UniCredit in May 1997, as Head of Strategy, Planning and Control of then Credito Italiano. In the early years at Unicredit he developed the footprint of the Unicredit Group in Central and Eastern Europe through the acquisition and following restructuring/integration of Bank Pekao (Poland), Zagrebačka banka (Croatia-Bosnia), Bulbank (Bulgaria), Koçbank (50%, Turkey), Živnostenská banka (Czech republic), Demir Bank (Romania), Polnobanka (Slovakia). By 2003 Unicredit had become one of the top three banking groups in the CEE region.

In 2003 he became Head of Italian Retail and CEO of UniCredit Banca, where beyond turning around the profitability of the business, he had been introducing companywide leadership trainings and individualized coaching as well as systematic customer satisfaction measurement and incentive systems.

In this capacity he is in charge of Austria, CEE, Poland, Asset Gathering (FinecoBank) and he is groupwide responsible for Marketing and Multichannel Development, Internal Control System and Institutional and Regulatory Affairs.

He is First Deputy Chairman of the Italian Banking Association (ABI), and member of the Executive Committee of Assonime [it]. From 2009 to 2012 Roberto Nicastro served as Chairman of EFMA, the European Financial Management Association in Paris and has often been quoted on Commercial and European banking matters.

On 22 November 2015, he became the chairman of the four rescued banks of Italy: Nuova Banca dell'Etruria e del Lazio, Nuova Banca delle Marche, Nuova Cassa di Risparmio di Chieti and Nuova Cassa di Risparmio di Ferrara, with the goal to bring them back in "bonis" and divest them in the shortest possible timeframe, according to the EU requirements. This was the first European Bank Resolution process that concluded successfully, without any state aid and in line with the EU requests. The Banks were sold to strong long term investors: UBI group and BPER.

Since November 2015 he chairs the Cassa del Trentino, an "A-" rated (Moody's, Fitch) finance subsidiary of the Trento Province.

He serves in the advisory board of SDA Bocconi School of Management, Milan, and in the International Advisory Board of Bologna Business School and of The Johns Hopkins University SAIS Bologna Center. He serves as well in the board of Fondazione Archè, a charity in Milano and in the Comitato Amici di Claudio Dematté in Trento.

Roberto Nicastro is married with Silvia and has two children, Camilla and Lorenzo. 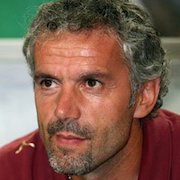