Roberto Orlando Mosquera Vera (born 21 June 1956) is a Peruvian football manager and former forward who played for Peru in the 1978 FIFA World Cup. He is currently the manager of Juan Aurich in the Torneo Descentralizado and will coach Club Alianza Lima in 2016.

Mosquera was forged in the minor divisions of Sporting Cristal, influenced by two relatives who played in the club: his father, Roberto Mosquera Sr. who played for Sporting Tobaco, and his uncle Max Mosquera, Cristal champion in 1956. He debuted in 1974 and played 3 games that year. Mosquera was consolidated as a starter the following years and was part of the powerful team that won the Bicampeonato in 1979 and 1980.

Then he migrated to Argentina where he played for Talleres de Córdoba. He later played for clubs in Colombia, Ecuador and Peru's Deportivo San Augustine, with whom he won the 1986 championship.

Mosquera played for the Peruvian National Team in 16 games where scored 4 goals. He was also part of the team who participated in the World Cup 1978 and the Copa America 1979.

His first coaching experience was leading the Union in 1995 Huaral regular season the following year joined the Sporting Cristal where he managed a few games as interim coach. Sergio Markarian was assistant in the direction of Cristal for two years, and he obtained the Decentralized Championship and was runner-up in the 1996 and 1997 Copa Libertadores.

The following years led to a series of provincial teams in Peru, said its passage by Coronel Bolognesi between 2002 and 2004 which made his best seasons and classifying a first international cup. He most recently managed Sport Huancayo. He is set to be the manager for Sporting Cristal once again in the 2012 season. 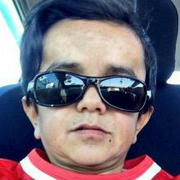