Roberto Miguel, a.k.a. Miguel from Oakland (born January 26, 1981 in Oakland, California), is an American singer, songwriter, and visual artist. His music often utilizes a mixture of political ideologies, humorous themes, surreal self-retrospection and local identity. He has played with Leftöver Crack and Citizen Fish.

While performing with Leftöver Crack, Miguel was invited to join another Alternative Tentacles band, Citizen Fish, on their U.S. and U.K. tours. He has been a member since.

Miguel was once referenced by American comics in a series titled BellyButton Comix by Sophie Crumb. In 2007, Miguel produced a series of intricate etching and pen line drawings inspired by concepts in George Bataille's seminal book The Accrused Share. In 2009, his art was video projected at the Whitney Museum of American Art in New York city by a band performing there. It was presented as a video art project accompanying his song, seasons. It was not an official Whitney Museum exhibit.

The contents of this page are sourced from Wikipedia article on 16 May 2021. The contents are available under the CC BY-SA 4.0 license.
comments so far.
Comments
From our partners
Sponsored
Reference sources
References
https://www.webcitation.org/5s7nECUOo?url=http://www.eastbayexpress.com/eastbay/oaklands-troubadour/Content?oid=1370588
http://www.eastbayexpress.com/eastbay/oaklands-troubadour/Content?oid=1370588
//edwardbetts.com/find_link?q=Roberto_Miguel
//www.google.com/search?&q=%22Roberto+Miguel%22+site:news.google.com/newspapers&source=newspapers
//scholar.google.com/scholar?q=%22Roberto+Miguel%22
https://www.jstor.org/action/doBasicSearch?Query=%22Roberto+Miguel%22&acc=on&wc=on
http://www.robertomiguel.org/
http://www.robertomiguel.org
Trending today in 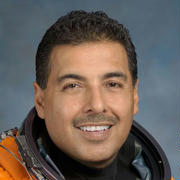