Robert Otto Wittke, Jr. (born September 23, 1957) is an accountant and Republican politician. He is a member of the Wisconsin State Assembly for the 62nd district, representing the northern half of Racine County.

Born in Racine, Wisconsin, to Robert Wittke, Sr., and Margaret Wittke née Jankowski, Wittke graduated from William Horlick High School in 1975 and received a B.A. in Accounting from the University of Wisconsin–Eau Claire in 1980. He worked as a tax accountant for Modine Manufacturing in Racine from 1980 to 1986, then at Snap-on Inc. in Kenosha from 1988 to 1994. He then worked for Deloitte in their tax consultancy from 1994 to 2002. Since 2012, he has been employed by CORPTAX, a tax software as a service company based in Deerfield, Illinois.

Wittke resides in Wind Point, Wisconsin, he is married and has four children.

Wittke first ran for Racine Unified School Board in 2013, placing fourth in a top-three at-large election.

In 2015, the Wisconsin Legislature passed a law requiring Racine Unified School Board seats to be assigned to geographic districts, rather than elected at-large. Wittke ran for the newly-drawn 9th district in the 2016 school board elections. He was elected in April 2016, defeating retiree Kurt Squire. A year later, in April 2017, Wittke was elected School Board President.

In April 2018, Tom Weatherston announced that he would not seek re-election to a 4th term representing the 62nd district in the Wisconsin State Assembly. Wittke announced his candidacy for the seat the next day. He defeated John Leiber in the Republican Primary, and went on to defeat former State Senator John Lehman in the 2018 general election. 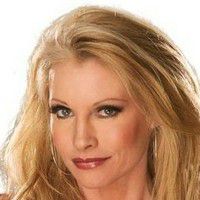