Robert Tchenguiz is a British entrepreneur, securities dealer and the brother of Vincent Tchenguiz.

Tchenguiz was born Tehran to an Iraqi-Jewish family, the son of Victor and Violet Khadouri. His family left Iraq in 1948 and settled in Iran, where his father, a jeweler, worked for the Shah and ran the country's mint. He also changed the family surname from Khadouri to Tchenguiz.

In 1979 the family moved in England after the Iranian revolution. He has one brother and one sister: Vincent Tchenguiz and Lisa Tchenguiz (formerly married to BBC Radio 1 disc jockey, Gary Davies, and South African-born Del Monte CEO, Vivian Imerman).

In 2008 in the wake of the collapse of the Kaupthing Bank, Robert Tchenguiz was suspected of fraudulent dealings and was arrested in a dawn raid in 2011; however, the investigation ended in 2012 with the Serious Fraud Office (SFO) citing "insufficient evidence", and no indictment was ever brought. In fact, Tchenguiz lost millions of pounds in Kaupthing's collapse. Robert Tchenguiz sued the Serious Fraud Office (SFO) for false imprisonment and damages to his businesses. Due to mishandling of the inquiry, the court had already ordered the SFO to pay 80% of Robert Tchenguiz's legal expenses in the matter.

In 2005, he married his longtime girlfriend, American Heather Bird; they have two children. 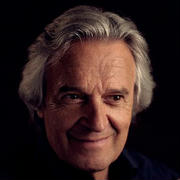 Guitarist, founder of the mahavishnu orchestra