Robert Tappan Morris (born November 8, 1965) is an American computer scientist and entrepreneur. He is best known for creating the Morris Worm in 1988, considered the first computer worm on the Internet.

Morris was prosecuted for releasing the worm, and became the first person convicted under the then-new Computer Fraud and Abuse Act. He went on to co-found the online store Viaweb, one of the first web-based applications, and later the funding firm Y Combinator—both with Paul Graham.

He later joined the faculty in the department of Electrical Engineering and Computer Science at the Massachusetts Institute of Technology, where he received tenure in 2006. He was elected to the National Academy of Engineering in 2019.

Morris was born in 1965 to parents Robert Morris and Anne Farlow Morris. The senior Morris was a computer scientist at Bell Labs, who helped design Multics and Unix; and later became the chief scientist at the National Computer Security Center, a division of the National Security Agency (NSA).

Morris grew up in the Millington section of Long Hill Township, New Jersey and graduated from Delbarton School in 1983.

Morris attended Harvard University, and later went on to graduate school at Cornell. During his first year there, he designed a computer worm that disrupted many computers on what was then a fledgling internet. This led to him being indicted a year later.

After serving his conviction term, he returned to Harvard to complete his Ph.D. under the supervision of H.T. Kung and completed his Ph.D. in 1999.

Morris' worm was developed in 1988, while he was a graduate student at Cornell University. He released the worm from MIT, rather than from Cornell. The worm exploited several vulnerabilities to gain entry to targeted systems, including:

The worm was programmed to check each computer it found to determine if the infection was already present. However, Morris believed that some administrators might try to defeat his worm by instructing the computer to report a false positive. To compensate for this possibility, Morris directed the worm to copy itself anyway, 14% of the time, no matter what the response to the infection-status interrogation.

This level of persistence was a design flaw: it created system loads that not only brought it to the attention of system administrators, but also disrupted the target computers. During the ensuing trial, it was estimated that the cost in "potential loss in productivity" caused by the worm and efforts to remove it from different systems ranged from $200 to $53,000.

In 1989, Morris was indicted for violating United States Code Title 18 (18 U.S.C. § 1030), the Computer Fraud and Abuse Act. He was the first person to be indicted under this act. In December 1990, he was sentenced to three years of probation, 400 hours of community service, and a fine of $10,050 plus the costs of his supervision. He appealed, but the motion was rejected the following March. Morris' stated motive during the trial was "to demonstrate the inadequacies of current security measures on computer networks by exploiting the security defects [he] had discovered." He completed his sentence as of 1994.

Morris' principal research interest is computer network architectures which includes work on distributed hash tables such as Chord and wireless mesh networks such as Roofnet.

He is a longtime friend and collaborator of Paul Graham. In addition to founding two companies together, Graham dedicated his book ANSI Common Lisp to Morris, and named the programming language that generates the online stores' web pages RTML in his honor. Graham lists Morris as one of his personal heroes, saying "he's never wrong."

The contents of this page are sourced from Wikipedia article on 07 Oct 2019. The contents are available under the CC BY-SA 4.0 license.
View Robert Tappan Morris 's image gallery
Image Gallery 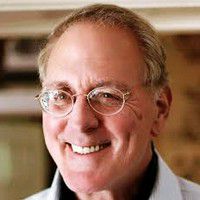