Robert Ritter von Greim (born Robert Greim; 22 June 1892 – 24 May 1945) was a German Field Marshal and pilot. In the last days of World War II, Hitler appointed Greim as commander of the Luftwaffe (German Air Force) in place of Göring, whom he had dismissed for treason. When Germany surrendered, Greim was taken prisoner by the American forces; he committed suicide in prison on 24 May 1945.

Born Robert Greim on 22 June 1892 in Bayreuth, in the Kingdom of Bavaria, a state of the German Empire, the son of a police captain, Greim was an army cadet from 1906 to 1911. He joined the Bavarian Army on 14 July 1911, some years before the First World War. After completion of officer training, he was posted to Bavaria's 8th Field Artillery Regiment on 29 October 1912 and commissioned as a Lieutenant (Leutnant) a year later, on 25 October 1913. After war broke out in August 1914, he commanded a battery in fighting at the Battle of Lorraine and around Nancy, Epinal, Saint-Mihiel, and Camp des Romains in France. He became a battalion adjutant on 19 March 1915, and on 10 August 1915 he transferred to the German Air Service (Fliegertruppe).

The remains of the first aircraft shot down by Greim

On 10 October 1915, while flying two-seaters in FFA 3b as an artillery spotting observer, Greim claimed his first aerial victory: a Farman. He also served with FAA 204 over the Somme. After undergoing pilot training, Greim joined FA 46b on 22 February 1917. He transferred to Jagdstaffel 34 in April 1917. He scored a kill on 25 May 1917, and on the same day he received the Iron Cross First Class. On 19 June, he rose to command Jasta 34. Greim became an ace on 16 August 1917, when he shot down a Sopwith 1 1/2 Strutter. By 16 October, his victory tally totaled 7. There was a lull in his successes until February 1918. On the 11th, he had an unconfirmed victory and on the 18th he notched up aerial victory number 8.

On 21 March 1918, the day of his ninth credited victory, Greim became Commanding Officer of Jagdgruppe 10. He flew with them until at least 18 June, when he notched up his 15th success. On 27 June 1918, while Greim was engaging a Bristol Fighter, his aircraft lost its cowling. The departing cowling damaged his top wing, along with the lower left interplane strut, but Greim managed to land the machine successfully. By 7 August 1918 he was commanding Jagdgruppe 9, and scored his 16th victory. On 23 August, he cooperated with Vizefeldwebel Johan Putz in what was arguably the first successful assault by aircraft on armored tanks. On 27 September, he scored kill number 25 while flying with Jagdgruppe 9.

He returned to Jasta 34 in October 1918. The Jasta had been re-equipped with 'cast-offs' from Richthofen's Flying Circus, Jagdgeschwader 1. The new equipment was warmly welcomed as being superior to the older Albatros and Pfalz fighters that they had been previously equipped with. Greim's final three victories came during this time, while he was flying Albatros D.Vs, Fokker Triplanes, and Fokker D.VIIs. By the war's end he had scored 28 victories and had been awarded the Pour le Mérite on 8 October, as well as the Bavarian Military Order of Max Joseph (Militär-Max Joseph-Orden). This latter award made him a Knight (Ritter), and allowed him to add both this honorific title and the style 'von' to his name. Thus Robert Greim became Robert Ritter von Greim.

After the war, Ritter von Greim returned to Bavaria and rejoined his regiment (8th Bavarian Artillery) and for 10 months ran the air postal station in Munich. This was the key turning point in his career, as in 1920 he flew the up-and-coming German army propaganda instructor Adolf Hitler to Berlin as an observer of the failed Kapp Putsch. Many other people from Hitler's years in Bavaria immediately after World War I also rose to prominence in the National Socialist era. Greim then focused on a new career in law and succeeded in passing Germany's rigorous law exams. However, Chiang Kai-shek's government offered him a job in Canton, China, to help to build a Chinese air force. Greim accepted the offer and took his family with him to China, where he founded a flying school and initiated measures for the development of an air force.

Upon his return to Germany, Greim joined the Nazi Party and took part in the 1923 putsch; as a convinced Nazi he "remained utterly committed to Hitler to the very end of the war".

In 1933, Hermann Göring invited Greim to help him to rebuild the German Air Force, and in 1934 he was appointed to command the first fighter pilot school, following the closure of the secret flying school established near the city of Lipetsk in the Soviet Union during the closing days of the Weimar Republic. (Germany had been forbidden to have an air force under the terms of the Treaty of Versailles of 1919, so it had to train its pilots in secret.) In 1938, Greim assumed command of the Luftwaffe research department. Later, he was given command of Jagdgeschwader 132 Richthofen (later JG 2), based in Döberitz, a fighter group named after Manfred von Richthofen.

In late 1942, his only son, Hubert Greim, a Bf-109 pilot with 11./JG 2 "Richthofen" was listed as missing in Tunisia. He was shot down by a Spitfire flown by a Royal Australian Air Force pilot, Flt. Lt. Robert Maxwell Brinsley, but bailed out and spent the remainder of the war in a prison camp in the United States.

When the war began, Greim was given command of a Luftflotte (Air Wing) and was involved in the invasion of Poland, the Battle for Norway, the Battle of Britain and Operation Barbarossa. His greatest tactical achievement was his Luftflotte's involvement in the battle of Kursk and his planes' bombing of the Orel bulge during Operation Kutuzov. It was for this battle that Adolf Hitler awarded him the Knight's Cross of the Iron Cross with Oak Leaves (Das Ritterkreuz mit Eichenlaub des Eisernen Kreuzes), which made him one of the most highly decorated German military officers.

The end of the war

On 26 April 1945, when Soviet forces had encircled Berlin and the Third Reich was all but doomed, Generaloberst (Colonel-General) Ritter von Greim flew into Berlin from Rechlin with the notable female pilot Hanna Reitsch, in response to an order from Hitler. Initially they flew from the central Luftwaffe test facility airfield, the Erprobungsstelle Rechlin to Gatow (a district of south-western Berlin) in a Focke Wulf 190. As the cockpit only had room for the pilot, Reitsch flew in the tail of the plane, getting into it by climbing through a small emergency opening. Having landed in Gatow, they changed planes to fly to the Chancellery; however, their Fieseler Storch was hit by anti-aircraft fire over the Grunewald. Greim was incapacitated by a bullet in the right foot, but Reitsch was able to reach the throttle and joystick to land on an improvised air strip in the Tiergarten, near the Brandenburg Gate.

Hitler promoted Greim from General to Generalfeldmarschall (Field Marshal), making him the last German officer ever to achieve that rank, and then finally appointed him as commander in chief of the Luftwaffe, to replace Hermann Göring, whom he had had recently dismissed in absentia for treason. Greim thus became the second man to command the German Air Force during the Third Reich. However, with the end of the war in Europe fast approaching, his tenure as Oberbefehlshaber der Luftwaffe lasted only a few days.

On 28 April, Hitler ordered Ritter von Greim to leave Berlin and had Reitsch fly him to Plön, so that he could arrest Heinrich Himmler on the charge of treason. That night, the two left Berlin, taking off from the Tiergarten air strip in a small Arado Ar 96 aircraft. Soldiers of the Soviet 3rd Shock Army feared they had just seen Hitler escape. In a post-war interview, Greim or Reitsch said, "It was the blackest day when we could not die at our Führer's side. We should all kneel down in reverence and prayer before the altar of the Fatherland." When asked what the "Altar of the Fatherland" was, he or she responded: "Why, the Fuhrer's bunker in Berlin...."

On 8 May, the same day as the surrender of the Third Reich, Ritter von Greim was captured by American soldiers in Austria. His initial statement to his captors was, reportedly, "I am the head of the Luftwaffe, but I have no Luftwaffe". Greim committed suicide in prison in Salzburg on 24 May.

Ritter von Greim has been portrayed by the following actors in film and television productions: 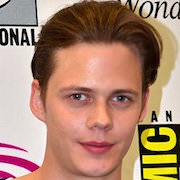