Robert Porrett (1783–1868) was an English amateur chemist and antiquary.

The son of Robert Porrett, ordnance storekeeper at the Tower of London, he was born in London on 22 September 1783. He began work in his father's department as an assistant. He was appointed in 1795, promoted later to be chief of his department, and retired on a pension in 1850, when his services received official acknowledgment. He died on 25 November 1868, unmarried. Robert Collier, 1st Baron Monkswell was his nephew.

In chemistry, towards the end of 1808, Porret found that by treating prussic acid with sulphuretted hydrogen a new acid was formed, which he first termed "prussous acid" (now: thiocyanic acid, HSCN). For this investigation he was awarded a medal by the Society of Arts. In 1814 he discovered the qualitative composition of the acid, and showed that it was formed by the union of prussic acid and sulphur, and termed it "sulphuretted chyazic acid". The later name "sulphocyanic acid" was given by Thomas Thomson, and its quantitative composition was determined in 1820 by Berzelius.

In 1814 Porrett also made the discovery of ferrocyanic acid, which he termed "ferruretted chyazic acid". He showed by the electrolysis of the salts, then known as triple prussiates, and by the isolation of the acid itself, that the iron contained in the salts must be regarded as forming part of the acid, thus confirming a suggestion previously put forward by Claude Louis Berthollet. He examined the properties of the acid, and showed that it can easily be oxidised by the air, Prussian blue being formed at the same time; this observation was later utilised in dyeing.

Porrett attempted to determine the quantitative composition of prussic acid: he showed that when it is oxidised the volume of carbonic acid formed is exactly twice that of nitrogen, but his other data were erroneous. The problem was solved shortly by Joseph Louis Gay-Lussac. Porrett in 1813 made experiments with Rupert Kirk and William Wilson on the dangerous substance chloride of nitrogen.

His Observations on the Flame of a Candle (1817) supported Humphry Davy's view of the structure of flames. According to Porrett, the light is mainly due to free carbon formed in the flame by the decomposition of hydrocarbons.

Porrett's contribution to physics was the discovery of electric endosmosis in 1814. The phenomenon had, according to Gustav Heinrich Wiedemann, been observed previously by the German scientist Ferdinand Friedrich Reuss (18 February 1778 (Tübingen, Germany) – 14 April 1852 (Stuttgart, Germany)), but Porrett's discovery was independent, and the phenomenon for a period went in Germany by his name.

The following is a list of Porrett's scientific papers:

In Thomson's Annals of Philosophy:

In the Chemical Society's Memoirs: 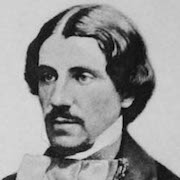 Irish man of letters and poet 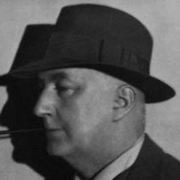 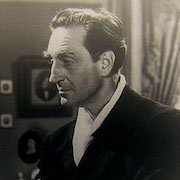