Robert N. McDonald (born February 23, 1952) is a judge of the Maryland Court of Appeals. He was appointed to the Court by Governor Martin O'Malley in 2012.

Prior to his appointment to the bench, Judge McDonald had a distinguished career in public service, serving in the United States Attorneys Office and later in the Office of the Attorney General of Maryland. 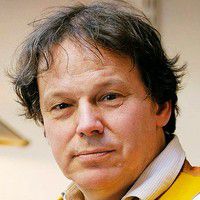