Robert Edward McGinnis (born February 3, 1926) is an American artist and illustrator. McGinnis is known for his illustrations of more than 1,200 paperback book covers, and over 40 movie posters, including Breakfast at Tiffanys (his first film poster assignment), Barbarella, and several James Bond and Matt Helm films.

Born Robert Edward McGinnis in Cincinnati, Ohio, he was raised in Wyoming, Ohio.

McGinnis became an apprentice at Walt Disney studios, then studied fine art at Ohio State University. After wartime service in the Merchant Marine he entered advertising and a chance meeting with Mitchell Hooks in 1958 led him to be introduced to Dell Publishing began a career drawing a variety of paperback covers for books written by such authors as Donald Westlake (writing as Richard Stark), Edward S. Aarons, Erle Stanley Gardner, Richard S. Prather, and the Michael Shayne and Carter Brown series.

He was main title designer for The Hallelujah Trail (1965).

McGinnis's attention to detail was such that when he was assigned to do the artwork for Arabesque he requested Sophia Loren's tiger stripe dress be sent for him for a model to wear so he could get the right appearance.

In 1985 McGinnis was awarded the title of "Romantic Artist of the Year" by Romantic Times magazine for his many romance novel paperback covers.

Since 2004, McGinnis has created cover illustrations for the Hard Case Crime paperback series.

He is a member of the Society of Illustrators Hall of Fame. McGinnis is the subject of a documentary film, Robert McGinnis: Painting the Last Rose of Summer, by Paul Jilbert. 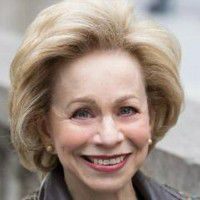