Robert Jashari (born 1938) is a former Albanian football who played for Partizani Tirana and the Albania national team. He won the National Championship six times between 1957 and 1964 with Partizani Tirana and he was the top goalscorer in the National Championship in three consecutive seasons between 1962 and 1965, with 18, 9 and 14 goals respectively.

Prince of the Albanians 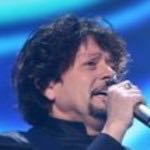