Robert Hermann Garbe (pronounced 'Garber') (9 January 1847 – 23 May 1932) was a German railway engineer and chief engineer of the Berlin division in the Prussian state railways from 1895 to 1917. He was especially known for his forward-looking steam locomotive designs and is described as one of the greatest authorities on the locomotive.

Born in Oppeln (present-day Opole, Opole Voivodeship), in Prussian Upper Silesia on 9 January 1847, Garbe was the eldest son of the master locksmith, Ferdinand Garbe. He went to elementary school in Oppeln and learned his father's locksmith trade. The desire for further education led him to the technical school at Breslau, where he worked in the main workshops of the Upper Silesian Railway and passed his exams as an engine driver in 1867. He also visited the provincial trade school in Brieg, passed the leaving exams with distinction and went, in 1869, to the Royal Prussian Trade Academy in Berlin (later the Berlin-Charlottenburg Technical High School and, today, the Berlin Technical University). He finished his studies in 1872 with top marks in all disciplines.

Afterwards, Garbe was the director of the Central Railway Workshop in Frankfurt (Oder). In 1877 the Ministry entrusted him with leading the main workshop in Berlin-Rummelsburg. In 1895 Garbe was nominated simultaneously as a board member of the Prussian Railway Division at Berlin and Head of Department for the Design and Procurement of Locomotives. In this capacity he also chaired the locomotive committee that had to make recommendations about future locomotive procurement to the Ministry of Public Works.

In 1907 the Prussian Railway Central Office was founded in Berlin. Here, Garbe took over the sphere of "Construction of Superheated Steam Locomotives and Tenders". Inspired by the work of Wilhelm Schmidt ('Hot Steam Schmidt') from Kassel, Garbe was already in 1893 of the view that the use of superheated steam would give steam locomotives a power advantage.

The locomotives developed on the basis of the policy issued by Garbe were characterised above all by good performance and simple construction. Consciously, he did not strive for high performance with his designs, but gave priority to reliability and ease of maintenance. By the time Garbe retired, a total of 13 superheated steam locomotive classes had been developed along those lines for all the important locomotive duties, together with a number of experimental designs. Garbe's design fundamentals had been so much part of Prussian locomotive development that they continued to be used even after his retirement.

The Prussian P 8 symbolises to a great extent Garbe's design principles. A total of 3,948 examples were built (including the Rumanian copies) and they were working German railway routes until the end of the steam era around 1972-1974.

Garbe's major achievement in the field of technical steam locomotive development was the introduction of superheating, for which he was a keen advocate. He disapproved of compound working; he saw superheating as a total replacement for complicated and maintenance-intensive compound systems, not as an enhancement of them to produce increased power.

The most significant acknowledgement was granted to Garbe after he left the service of the state. The Berlin-Charlottenburg Technical High School awarded him an Honorary Doctorate of Engineering for his services in developing the superheated steam locomotive. 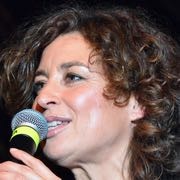