Robert M. Greenberg (born April 18, 1954), is an American composer, pianist, and musicologist who was born in Brooklyn, New York. He has composed more than 50 works for a variety of instruments and voices, and has recorded a number of lecture series on music history and music appreciation for The Great Courses.

He has received numerous awards, including three Nicola De Lorenzo Prizes in composition, and three Meet the Composer grants. Additionally, he has received commissions from the Koussevitzky Foundation of the Library of Congress, the Alexander String Quartet, XTET, and the San Francisco Contemporary Music Players.

A number of his works have been performed across the globe in locations such as New York City, San Francisco, Los Angeles, Chicago, Great Britain, Ireland, Italy, Greece, and The Netherlands. His music was published by the now defunct Fallen Leaf Press and CPP/Belwin (now part of Alfred Publishing Company) and is recorded on the Innova Recordings label.

Greenberg has lectured for some of the most prestigious musical and arts organizations in the United States, and is the resident composer and music historian for National Public Radio’s Weekend All Things Considered. He is also the Music Historian in Residence at San Francisco Performances, and hosts their "Saturday Morning Series" (a lecture combined with performances) with the Alexander String Quartet.

Greenberg has recorded a number of lecture series for The Great Courses on music history and the appreciation of music. He often relates the musical topics to other areas such as history, politics as well as to other music from different periods. Referring to Greenberg's lively style and sense of humor, the Bangor Daily News has described him as "the Elvis of music history and appreciation."

He is an artistic adviser at Composers, Inc.

A complete list of compositions is given on the composer's official web site. Selected compositions and notes are given below: 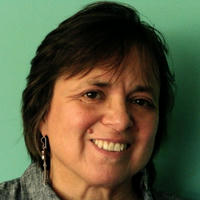