A collector of plants from 1901 through 1923 in Europe: Sweden; Tropical Africa: Kenya; Tropical South America: Bolivia; Temperate South America: Argentina. He sometimes worked with his father and his brother Thore Christian Elias Fries (1886–1931).

He was part of the Swedish 1901-1902 expedition to Argentina and Bolivia, crossing the desert of Chaco, and the Andes.

Professor Bergianus at the Bergius Foundation in Stockholm and head of its garden, Bergianska trädgården. He published works on mycology, plant geography, and systematics. This botanist is denoted by the author abbreviation R.E.Fr. when citing a botanical name.

The contents of this page are sourced from Wikipedia article on 07 Mar 2020. The contents are available under the CC BY-SA 4.0 license.
View Robert Elias Fries 's image gallery
Image Gallery 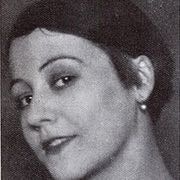