Constance, and afterwards went to Munich in 1830, where he studied from nature and the works of Van de Velde and Du Jardin. He spent three months in America (1848), and then settled at Eberfing, near Munich, where he died from an accidental pistol shot. He especially excelled in painting sheep, and there is a Shepherdess by him in the Modern Gallery at Munich.

The contents of this page are sourced from Wikipedia article on 23 Mar 2020. The contents are available under the CC BY-SA 4.0 license.
View Robert Eberle 's image gallery
Image Gallery 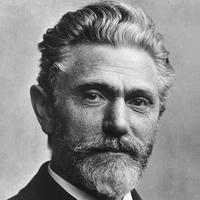