Clergyman of the Scottish Episcopal Church

Robert Calder (1650?–1723) was a clergyman of the Scottish Episcopal Church, known as an author and controversialist.

Calder was a native of Elgin, born about 1650. He was educated at the university and King's College, Aberdeen. He was presented to the parish of Nenthorn in the presbytery of Kelso in 1689, but on 13 September of that year was deprived for refusing to read the proclamation of the estates declaring William III and Mary II king and queen of England, and for having prayed for King James VII. In 1693, according to his own account, he was for some time imprisoned in the common gaol of Edinburgh for exercising his ministerial functions.

Once free, Calder went to Aberdeen, where he officiated at services in his own house, using the Book of Common Prayer. On the order shortly after the Union of England and Scotland to shut up all the episcopal chapels in Scotland he had to leave Aberdeen, and went to Elgin, where he officiated for some time. To obstruct his celebration of the Lord's Supper on Easter Day 1707, he was summoned before the privy council at Edinburgh on Good Friday. Not complying, he was sentenced to be banished from Elgin under a severe penalty should he return within 12 miles of the city.

Calder then went to Edinburgh, where he officiated to a congregation in Toddrick's Wynd. He engaged in a sharp controversy with the Rev. John Anderson, minister of Dumbarton: he advertised a sermon to prove that Anderson was "one of the grossest liars that ever put pen to paper". He died on 28 May 1723, aged 73.

Calder was the reputed author of Scottish Presbyterian Eloquence displayed, 1693, a collection of citations intended cast Presbyterian prayers and sermons in a negative light. In 1713 he published Miscellany Numbers relating to the Controversie about the Book of Common Prayer, Episcopal Government, in 40 numbers appearing successively. He was also the author of:

The contents of this page are sourced from Wikipedia article on 02 Jul 2020. The contents are available under the CC BY-SA 4.0 license.
comments so far.
Comments
Reference sources
References
https://en.wikisource.org/wiki/Calder,_Robert_(1650%3F-1723)_(DNB00)
Trending today
All Film/TV Music Politics Sports Business Science Academia

Scottish law agent, agriculturalist and sheriff-substitute of the county of Lanark

Moderator of the Church of Scotland 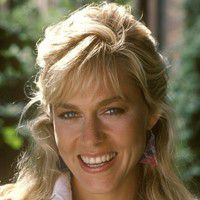