Robert Byron (26 February 1905 – 24 February 1941) was a British travel writer, best known for his travelogue The Road to Oxiana. He was also a noted writer, art critic and historian.

Byron was born in 1905, and educated at Eton and Merton College, Oxford, from which he was expelled for his hedonistic and rebellious manner. He was best known at Oxford for his impersonation of Queen Victoria. He died in 1941, during the Second World War, when the ship on which he was travelling was torpedoed by a U-Boat off Cape Wrath, Scotland, en route to Egypt.

Byron travelled to widely different places; Mount Athos, India, the Soviet Union, and Tibet. However it was in Persia and Afghanistan that he found the subject round which he forged his style of modern travel writing, when he later came to write up his account of The Road to Oxiana in Peking, his temporary home.

In his day, Byron's travel books were outsold by those of writers Peter Fleming and Evelyn Waugh.

An appreciation of architecture is a strong element in Byron's writings. He was a forceful advocate for the preservation of historic buildings and a founder member of the Georgian Group. A philhellene, he also pioneered, in the English speaking world, a renewal of interest Byzantine History. Byron has been described as 'one of the first and most brilliant of twentieth century philhellenes'. He attended the last Nuremberg Rally, in 1938, with Nazi sympathiser Unity Mitford. Byron knew her through his friendship with her sister Nancy Mitford, but he was an outspoken opponent of the Nazis. Nancy Mitford hoped at one stage that Byron would propose marriage to her, and was later astonished as well as shocked to discover his homosexual tastes, complaining: "This wretched pederasty falsifies all feelings and yet one is supposed to revere it."

Byron's great, though unreciprocated, passion was for Desmond Parsons, younger brother of the 6th Earl of Rosse, who was regarded as one of the most magnetic men of his generation. They lived together in Peking, in 1934, where Desmond developed Hodgkin's Disease, of which he died in Zurich, in 1937, when only 26 years old. Byron was left utterly devastated.

Byron died aged 35 in 1941 after his ship, the SS Jonathan Holt, was torpedoed by U-97 a Type VIIC submarine in the North Atlantic. His body was never found.

An acquaintance from early days, Evelyn Waugh noted Byron's gumption. In 1928 he wrote to Henry Yorke "I hear Robert has beaten us all by going to India in an aeroplane which is the sort of success which I call tangible." But writing in 1948, Waugh said of Byron in a letter to Harold Acton: "It is not yet the time to say so but I greatly disliked Robert in his last years & think he was a dangerous lunatic better off dead." The passionately anti-communist Waugh believed that during the 1930s Byron had become pro-Soviet, though Byron's – and Waugh's – biographer Christopher Sykes firmly denied any such sympathy on Byron's part.

In February 2012, his book 'Europe in the Looking Glass' was serialised by BBC's Radio 4 Book of the Week. The program included detailed passages of Germany and an eye-witness report of the 1922 Greek refugee exodus and massacres following the Great Fire of Smyrna. 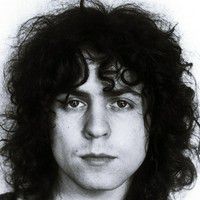 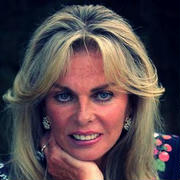