Robert Baird McClure FRCS (Edin.) FICS CC (November 23, 1900 – November 10, 1991) was a Canadian physician, medical missionary, and was elected Moderator of the United Church of Canada by the 23rd General Council in Kingston, Ontario in 1968. He was the first lay person to be elected to this position.

Born in Portland, Oregon, the son of a medical missionary, he spent the first fifteen years of his life in China.

He graduated from the University of Toronto with a Bachelor of Medicine in 1922. In 1923, he was appointed a medical missionary to Henan, China and served until 1948. He was the only medical missionary in India and China who was able to provide radium treatment for cancer. He was also on the staff of the Church Missionary Society Hospital at Gaza, Palestine. 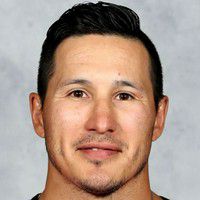