Robert B. Pippin
The basics

Robert Buford Pippin (born September 14, 1948) is an American philosopher. He is the Evelyn Stefansson Nef Distinguished Service Professor in the John U. Nef Committee on Social Thought, the Department of Philosophy, and the College at the University of Chicago.

Pippin earned his BA in English from Trinity College in Hartford, Connecticut. and his Ph.D. in philosophy from Penn State under the direction of Stanley Rosen. Before moving to Chicago, he taught for a number of years in the department of philosophy at UCSD, where he counted Henry Allison and Herbert Marcuse among his colleagues. In 2009 he held the Spinoza Chair of Philosophy at the University of Amsterdam. Since 2014 he is PhD honoris causa at Uppsala University, Sweden. He currently resides in Chicago with his wife Joan.

Pippin is best known for his work on Hegel, although has also published articles and books on Kant, Nietzsche, Proust, Hannah Arendt, Leo Strauss and Henry James.

His 1989 book Hegel's Idealism: The Satisfactions of Self-Consciousness was a major contribution to Hegel studies. In it Pippin portrays Hegel as a thinker with fewer metaphysical commitments than are traditionally attributed. Hegel's claims about the "Absolute" and "Spirit" are interpreted in a vein more epistemological than ontological. Much of Hegel's project, in Pippin's reading, is a continuation rather than a reversal of the Kantian critique of dogmatic metaphysics.

According to Pippin's non-metaphysical interpretation of Hegel, Hegelian "Geist" (which is usually translated as "Spirit") is not a divine spiritual being, and accordingly Hegel's idealism is not a defense of monistic pantheism. According to Pippin, Hegelian "Geist" should be understood as the totality of norms, which according to them, we can justify our beliefs and actions. The important point is that, we cannot justify anything but in such a normative logical space of reasons. So any kind of distinctively human rational cognition and action is not articulatable and so intelligible independent of such norms. In a phenomenological-hermeneutical jargon, these norms constitute a horizon, a perspective in which we can make intelligible anything to ourselves. Additionally, these norms are socio-historically articulated. Geist is the dynamic process of these norms and their transformations in human history. Hegel calls different articulations of these norms "shapes (Gestalten) of spirit". So Hegelian idealism is not a kind of return to pre-Kantian and pre-critical dogmatic metaphysics, but trying to going beyond Kantian critical project on the one hand, and historicist critiques of Kantian transcendental philosophy, on the other. It should be added that, any shape of spirit could collapse under the pressure of internal or external forces (such as internal inconsistencies of those norms or facing with new forms of life with different norms) which lead to crisis for the authority of those norms. But because of the actual plurality of shapes of spirit (or forms of life) any account of human agency which is socio-historical is in danger of getting into relativism.

These ideas could be attributed to lots of other philosophers, such as Herder, Heidegger, Gadamer, and MacIntyre. But according to the non-metaphysical interpretations of Hegel (such as Pippin's, Pinkard's and Redding's) there is a distinctive feature of Hegelian approach which can transcend the alleged dilemma of, on the one hand, socio-historical relativism and, on the other hand, returning to dogmatic metaphysics or trans-historical subjectivity: mutual recognition as the condition of free, self-determined and so authentic rational agency.

Such a revisionist reading of Hegel has gained a following recently, inspiring important works by Terry Pinkard, Paul Redding and others, as well as influencing less historically-oriented philosophers of mind such as John McDowell and Robert Brandom. A similar movement to interpret Hegel as a "category-theorist" has been inspired in Germany by Klaus Hartmann.

In Pippin's 1991 Modernism as a Philosophical Problem: On the Dissatisfactions of European High Culture, he develops what he calls a socio-cultural corollary to his 1989 work. He enters the debate on the legitimacy of the modernist project and the possibility of post-modernity. Still claiming to be interpreting Hegel, Pippin tries to defend modern, prosaic bourgeois society. Nonetheless he admits that, and attempts to explore why, the dominant high culture of that society has been one of what might be termed self-hatred: he ranges from Flaubert and later modernist avant-gardes to the intellectual trends of New Historicism and Derridean deconstructive thought. Generally speaking, Pippin's argument is that modernity is "never-ending", that it is an attempt to bring greater rational transparency to all of our social practices and that much of the self-hatred of modern high culture is motivated by attempts to bring such transparency to areas where it had previously not existed. This process may never be completed but once it is begun, it cannot be stopped.

The contents of this page are sourced from Wikipedia article on 10 Apr 2020. The contents are available under the CC BY-SA 4.0 license.
View Robert B. Pippin 's image gallery
Image Gallery 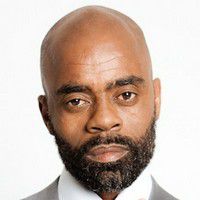