Brigadier General Sir Robert Murray McCheyne Anderson KCMG (6 August 1865 – 30 December 1940) was a successful Sydney businessman and Australian Army officer. He served as head of the London-based Administrative Headquarters for the Australian Imperial Force during the First World War, finishing the conflict as a brigadier general.

Anderson was born on 6 August 1865 in The Mint, Sydney, the son of a policeman. After attending Sydney Grammar School, he worked at the Bank of New Zealand. Initially working in New Zealand, he was made manager of a branch of the bank upon his return to Sydney.

Anderson later worked in local government from 1897 to 1900, firstly as Sydney's treasurer and then as town clerk. He then turned his hand to commerce and entered partnership in Allen Taylor & Co. Ltd, a timber and shipping merchant. Successful in this endeavour, he was later a royal commissioner on the sugar industry.

In 1915, Anderson provided advice on the re-organisation of the paymaster's branch of the Defence Department, struggling to cope with the expansion of the military as a result of the war, and which was subsequently implemented by the Minister of Defence, George Pearce. He also reported on the management of certain government departments.

Late that year, Anderson was appointed deputy quartermaster general of the Australian Imperial Force (AIF), then based in Egypt. Brought in to implement business practices to the organisation of AIF logistics, he was made a colonel and successfully improved supply arrangements and established rest camps for soldiers on leave. When the AIF shifted to the Western Front in 1916, he relocated to London as commander of the Australian Administrative Headquarters. Within a few months, he had re-negotiated the supply and accounting arrangements then in place with the War Office for maintaining and supplying the AIF.

After the war, Anderson advised the New South Wales government in relation to financial and commercial matters. He was also an advisor to the Commonwealth treasury. He gradually became an important part of the business community in Sydney, becoming involved as a chairman or director in a number of businesses. His wife, Jean, whom he married in 1891, gradually became seriously ill and died in December 1928. Anderson himself died at his home on 30 December 1940, survived by seven children. 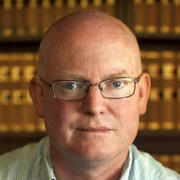