Robert Alda (February 26, 1914 – May 3, 1986) was an American theatrical and film actor and father of actors Alan and Antony Alda. A talented singer and dancer, Alda was featured in a number of Broadway productions before moving to Italy during the early 1960s. He appeared in many European films over the next two decades, occasionally returning to the U.S. for film appearances such as The Girl Who Knew Too Much (1969).

Alda, an American of Italian descent, was born Alphonso Giuseppe Giovanni Roberto D'Abruzzo in New York, New York, the son of Frances (née Tumillo) and Antonio D'Abruzzo, a barber born in Sant'Agata de' Goti, Benevento, Campania, Italy. He graduated from Stuyvesant High School in New York in 1930. He began as a singer and dancer in vaudeville after winning a talent contest, and moved on to burlesque.

Alda is known for portraying George Gershwin in the biopic Rhapsody in Blue (1945) as well as the talent agent in the Douglas Sirk classic Imitation of Life (1959). He was very successful on Broadway, starring in Guys and Dolls (1950), for which he won a Tony Award, and in What Makes Sammy Run? (1964). He was also the host of the short-lived DuMont TV version of the game show What's Your Bid? (May–June 1953).

Alda's first wife, and mother of actor Alan Alda, Joan Browne, was a homemaker and former beauty pageant winner. Alda was married to his second wife, Flora Marino, an Italian actress whom he met in Rome, until his death.

Alda appeared in an episode of The Feather and Father Gang in 1977. Alda in the trailer for Rhapsody in Blue in 1945
The contents of this page are sourced from Wikipedia article. The contents are available under the CC BY-SA 4.0 license.
comments so far.
Comments
From our partners
Sponsored 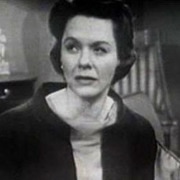