Deas signed his first professional contract with Celtic in 2018. He scored the winning goal in stoppage time as Celtic youths beat Rangers 3–2 to lift the Glasgow Cup in May 2019.

On 23 August 2018, Deas joined Scottish League Two club Cowdenbeath on loan for the 2018–19 season. On 9 October 2018, he was named in the SPFL team of the week after a narrow 1–0 victory over Stirling Albion at Central Park.

On 2 August 2019, Deas moved on loan to Scottish Championship club Alloa Athletic for the 2019–20 season.

Deas has represented Scotland at Under-17 and Under-19 level.

The contents of this page are sourced from Wikipedia article on 18 Apr 2020. The contents are available under the CC BY-SA 4.0 license.
View Robbie Deas 's image gallery
Image Gallery 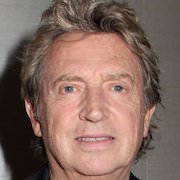