Haswell is an award winning performer winning the ACTRA Performance award for his on camera work in "Outside Edition" at the Canadian Video Awards. He has also been honored with an Emmy Award nomination for Science and Weather reporting for his report "Global Warming: What it means for Wisconsin". He has also been nominated 5 times for his work as a broadcast meteorologist and was honored to win the Emmy for best weathercast in 2011. In 2008 he was recognized alongside his fellow anchors, reporters and producers for their ongoing coverage of the extreme winter of 2008 with an Associated Press Award. He was also part of the team honored for its ongoing coverage of the 105th Harley Davidson Anniversary by the Milwaukee Press Club. He has been recognized by the Wisconsin Broadcasters Association for his work as a broadcast meteorologist and as co-host of Real Milwaukee. He, along with is cos-hosts of Real Milwaukee were honored by the City of Milwaukee with a day named in their honor.
As a meteorologist he has also been honored with the American Meteorological Society (AMS) Seal of Approval, the Certified Broadcast Meteorologist seal as well as the Seal of Approval from the National Weather Association. In Canada, Haswell holds the endorsement of the Canadian Meteorological and Oceanographic Society. Haswell sits on the review board of the National Weather Association and is the Chair of the Endoresment Committee for the Canadian Meteorological and Oceanographic Society.
Haswell is currently working for FOX 6 in Milwaukee, Wisconsin as a broadcast meteorologist., He has also worked for WROC-TV in Rochester, NY; The Weather Network; 680 News Toronto, Talk 640 Toronto and numerous other Canadian radio stations.
Additionally, he has been seen on TV in film and on stage as an actor and comedian.
His credits include a long run with sketch comedy troupe Indoor Recess, work with Toronto's Second City Theatre, in several TV commercials and on film in a role in the movie, America's Prince: The JFK Jr. Story.
He was also a featured speaker for the Wisconsin chapter of the ASTD 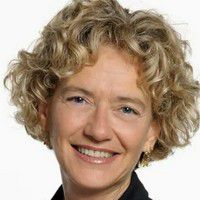