De Nijs, backed by The Lords, won a talent-contest in 1962 and released his first single in 1962, Ritme van de Regen. In 1965 De Nijs split from The Lords because they signed their own record-deal at another label; he embarked on a joint circus-tour with Johnny Lion.

By 1967, De Nijs was a free agent; he performed at small venues and worked as a bartender for a living. His attempts to keep up with the zeitgeist, including Bye Bye Mrs. Turple, failed; he only made the headlines by marrying his girlfriend Elly in 1968 and landing into hospital through a carcrash of his own fault.

In 1969 De Nijs took part in the Dutch heat of the Eurovision Song Contest and through musicals like Sajjuns Fiksjen he landed himself a role in children's TV-series Oebele. This was followed in 1972 by Hamelen in which he played Bertram Bierenbroodspot.

Singer Boudewijn de Groot and songwriter Lennaert Nijgh helped De Nijs relaunch his singing career; in 1973 he was back in the charts with Jan Klaassen de Trompetter.

The hits continued through 1975-1976, notably Malle Babbe and Zet een Kaars voor Je Raam (a Dutch translation by Lennaert Nijgh of David McWilliams's Can I Get There by Candlelight?). In 1977 De Nijs released Tussen Zomer en Winter, a concept-album chronicling the change from a hot summer's day to a cold winter's night and featuring translations of Lou Reed's Perfect Day and The Beach Boys' Disney Girls (1957).

In 1980 De Nijs released Met Je Ogen Dicht (Eyes Wide Shut) which included the top 10-hit Zondag and became the country's best-selling album of the year. He met Belinda Meuldijk who gave up her own singing-career (after releasing a one-off single in 1979) to become his chief-songwriter and his second wife (they married in 1984). The first efforts of their collaboration were collected in 1981 on the album De Regen Voorbij (Past The Rain; a reference to his artistic growth).

In 1985 De Nijs had a Christmas #2-hit with the peace-anthem Alles Wat Ademt; the English version, Let Love Be The Answer, would also be recorded by US-exile singer Joe Bourne for his Bourne in Holland-album of translated covers. In 1986 De Nijs saw a dream-wish come true by releasing an album of covers from the 1950s/1960s-era; it included his version of Living Doll shortly after the Comic Relief-remake topped the charts.

In 1987 he celebrated his silver jubilee; he re-recorded Ritme van de Regen for a Best Of-album and made a guest-appearance in television-series De Band as himself, suggesting an onstage-jam with his chosen support-act.

In 1989 De Nijs released De Reiziger (Travelling Man) featuring the bilingual duet Ik Hou Alleen Van Jou. At the end of the year he resurrected his Bertram Bierenbroodspot-outfit for a reunion with the leading-actors of Hamelen.

In 1990 Stranger In Your Land was released, his first album of English originals plus translations of Zonder Jou (On My Own; 1981 duet with Demis Roussos), Bo (1983) and Toerist In Het Paradijs (1989) which became the title-track. The former ended up as the flipside of single Girls For Sale. In 1992, De Nijs appeared as a judge during the finale of the nl:Kinderen voor Kinderen festival, where he also performed the VIP-version of Allemaal kabaal (originally from the 11th edition of Kinderen voor Kinderen) with 2 children's choirs (De Waagzangertjes from Alkmaar, the Netherlands), and De Blokskes from St. Genesius-Rode, Flanders (Belgium). In 1996 De Nijs scored his first #1-hit with a remix of Banger Hart.

De Nijs entered the first decade of the 21st century with a knighthood and released albums with translations of meaningful Christmas-songs and French chansons (including This Melody for which Julien Clerc was flown in to sing the French parts). Meanwhile, he separated from Meuldijk after twenty years; he is a married man again and gets another child. His third, de Nijs is than 70 years old.

In 2010 De Nijs released the back-to-basics-album Eindelijk Vrij (Free At Last) which he recorded in the States. In 2012 he embarked on his 50th anniversary tour. 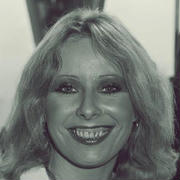