Previously Shah presented Woman's Hour on Radio 4 and was a launch presenter for The World Today on the BBC World Service.

Shah joined The World Tonight as Deputy Presenter and also presented the Saturday edition of PM. Since the departure of Robin Lustig Shah has been the lead presenter.

Ritula Harakhchand Shah was born in Barnet in 1967. She was educated at Haberdashers' Aske's School for Girls, Elstree before studying History at the University of Warwick and graduating in 1988. She joined the Radio 4 production team, moved from there to regional television news, and then to Today in 1991 as a producer. When The World Today launched on the BBC World Service in 1999, Shah became one of its presenters.. She is a presenter on the BBC World Service's The Real Story.

In May 2013, she started a series of eight episodes in the BBC Radio 4 One to One series of interviews. As she belongs to a Jain family (the Jain religion is concerned with renunciation), the subjects of her interviews are people whose life has involved renunciation.

The contents of this page are sourced from Wikipedia article on 04 Jul 2020. The contents are available under the CC BY-SA 4.0 license.
View Ritula Shah 's image gallery
Image Gallery 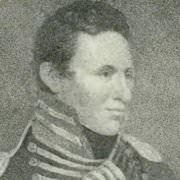