Rita Pavone (Italian pronunciation: [ˈriːta paˈvoːne]; born 23 August 1945) is an Italian ballad and rock singer who enjoyed success through the 1960s. Pavone is also an actress.

In 1962 she participated in the first Festival degli Sconosciuti ("Festival of the Unknown"), a song competition for amateur artists, winning the contest. Her self-titled 1963 album, led by the hit single "La partita di pallone" ("The Soccer Game") made her a national star at 17, and international attention soon followed. "La partita di pallone" sold over one million copies, and was awarded a gold disc. Her recording of "Cuore" ("Heart") also sold a million copies in 1963, spending nine weeks at number one in Italy.

In the summer of 1964 she had chart success in North America with a single sung in English titled "Remember Me", backed with "Just Once More". The song reached #26 in the United States and #16 in Canada.

In 1965, Pavone participated as a musician guest on The Ed Sullivan Show, becoming a frequent guest there until 1970. Meanwhile, she scored a string of hits, both with ballads and rock songs, in Spain, where she became a teen idol. Pavone enjoyed so much fame in Spain that it was commented, during a 2005 television documentary from that country, that such success for a foreign singer there is rare.

In the United States she sang alongside Diana Ross and The Supremes, Ella Fitzgerald, Tom Jones, Duke Ellington, Paul Anka and a number of singers of the era. It is said that Elvis Presley made a painting of her after she went to Memphis and he met her at a recording studio. Barbra Streisand recorded a duet with her. Pavone sang at Carnegie Hall in New York city during this era.

Returning to Italy, she made her debut as an actress, working in five films and participating in shows such as Giornalino di Gian Burrasca (a children TV show), Alta Pressione, Stasera Rita ("Tonight Rita") and Studio Uno, a variety show. In 1982, she participated in Come Alice ("Like Alice"), which became a hit on Italian television.

Pavone was also popular in the UK for a short while in 1966 and 1967. RCA Victor issued two of her singles in quick succession both were hits, "Heart" peaking at #27 and "You Only You" peaking at #21, and in the UK Singles Chart. During this same period she appeared at the London Palladium.

She recorded Andrew Lloyd Webber's "Try It And See"; later paired with different lyrics to be "King Herod's Song" in the rock opera Jesus Christ Superstar.

In 1968 Pavone married in Switzerland her talent scout and organizer of the first song contest she won, Teddy Reno. This event caused a scandal in the Italian society of the time because Reno was still married to his first wife, Livia Protti, and in Italy there was no divorce law until 1970. They remarried each other in Italy in 1971.

Later on during the 1980s she would participate in comedy films, such as 2 sul pianerottolo, Risate in salotto and Santarellina.

In 1992, Pavone returned to the United States, where she sang during a multiple artist concert that included Whitney Houston, Frank Sinatra, the Bolshoi Ballet and Cher at the Sands hotel in Atlantic City.

She then turned to acting in theater, participating in a William Shakespeare play. In 2002, Pavone had a concert at Miami's Dade Auditorium.

Pavone and her husband Reno now live in Ticino, Switzerland. They have two sons, Alessandro and Giorgio, both of whom have become involved in showbusiness themselves, Alessandro as a radio show host and Giorgio as a rock singer.

The main character in the 2000 Argentine film, Nine Queens tries to remember a Pavone song throughout the film. The song "Il Ballo Del Mattone" plays as the credits run.

Pavone was a Senate candidate in the Italian general election of 2006. She participated as candidate for Per l'Italia nel Mondo (For Italy in the World), a centre-right list, led by minister Mirko Tremaglia.

Pavone recorded a total of thirteen albums. She mainly recorded for RCA until 1968, then she signed for a brief period with Ricordi which launched her vanity label, RitaLand, but eventually returned to the label that had launched her, recording three more albums with RCA. 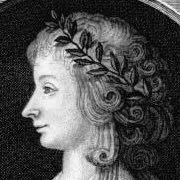 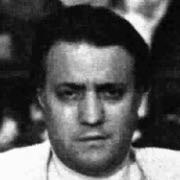