Riley Cooper (born September 9, 1987) is a former American football wide receiver who played 6 seasons in the National Football League. He played college football for the University of Florida, where he was a member of two BCS National Championship teams. He was drafted by the Philadelphia Eagles in the fifth round of the 2010 NFL Draft where he played his whole career.

Cooper was born in Oklahoma City, Oklahoma, the son of Larry and Monica Cooper. He grew up in Clearwater, Florida, where he attended Clearwater Central Catholic High School and played high school football and baseball for the Central Catholic Marauders. Cooper was a three-time all-county selection, received all-state honors as Looka wide receiver and free safety after his junior and senior seasons, and was his football team's captain as a senior. Rivals.com ranked him as the tenth-best athlete in the 2006 college football signing class. Cooper was drafted by the Philadelphia Phillies in the 15th round (457 overall pick) of the 2006 Major League Baseball Draft. He did not sign with the Phillies because he chose to attend the University of Florida to play football.

Cooper accepted an athletic scholarship to attend the University of Florida in Gainesville, Florida, where he played for coach Urban Meyer's Florida Gators football team from 2006 to 2009.

During his freshman season in 2006, Cooper served as the "gunner" on special teams and played in 13 of the 14 games for the Gators. He established a then-career-high with three receptions (all touchdowns) in the romp over Western Carolina. Cooper was nominated SEC Freshman of the Week following his performance. He was the first Gator freshman wide receiver to have three touchdown catches in a game since Jabar Gaffney accomplished the feat in 2000. Cooper saw action in Florida's triumphs over Alabama, Tennessee and Kentucky, mostly on special teams. He made collegiate debut with one reception for 10 yards against Central Florida. Cooper gained 92 yards on four receptions, three of which went for touchdowns, on the season.

As a sophomore, Cooper appeared in 10 games during the year with two starts in home contests against Tennessee and Auburn. He missed games against Georgia and Vanderbilt as a result of a broken finger suffered in the first quarter at Kentucky. He dressed but did not compete in the Capital One Bowl against Michigan, which the Gators lost. Cooper hauled in a career-high and team-best four catches for 122 yards and two touchdowns, including a career-long 59-yard grab in his 2007 debut against Western Kentucky. Cooper caught eight passes, gaining 182 yards and scoring two total touchdowns in 2007.

Cooper appeared in fourteen games for the Gators in his junior season, starting all but two (against Hawaii and Florida State). He hauled in a key touchdown, along with a season-high 51-yard reception, that put Florida in scoring position during the SEC Championship Game against Alabama. He totaled 28 yards on two receptions in the BCS National Championship Game, including a crucial 17-yard catch from Tim Tebow on 3rd-and-12. Cooper amassed 261 total yards on 18 receptions, three of which were touchdowns.

In his senior season, Cooper totaled 961 yards on 51 receptions, with nine touchdowns and an average of 18.8 yards per catch.

Cooper was drafted by the Philadelphia Phillies out of high school in the 15th round of the 2006 MLB Draft. Cooper passed on the contract and played college baseball for the Florida Gators baseball team as an outfielder. He signed a deal to play baseball for the Texas Rangers of Major League Baseball but decided to delay his MLB career and returned to play football for the Gators football team in 2009. He was scheduled to get a physical and receive half of his $250,000 signing bonus on January 17, but declined and told the Rangers that his focus was football, thus voiding his baseball contract.

Cooper was selected by the Philadelphia Eagles in the fifth round (159th overall) of the 2010 NFL Draft. He was signed to a four-year contract on July 13, 2010.

Cooper caught his first NFL touchdown in a game against the Tennessee Titans.

He ended his first season with 7 receptions for 116 yards and 1 touchdown.

He scored his second touchdown of his career against the New York Giants in week 10 of the 2011 NFL season on an 8-yard completion from Vince Young.

Coming off the bench, he posted 16 receptions for 315 yards and a touchdown.

While mostly a reserve, he ended the season with 23 receptions for 248 yards and 3 touchdowns.

Overall, this was Cooper's breakthrough season. In his last year of his rookie contract, he started the season used mostly for his blocking, rather than for his receiving ability. In the first 5 weeks, he posted 8 catches for 93 yards and 1 touchdown with Michael Vick at quarterback.

Cooper had a career game in Week 9 against the Oakland Raiders, where he posted 5 receptions for 139 yards (27.8 avg) and 3 touchdowns.

After a slow start, Cooper put together a solid season with 47 receptions for 835 yards and 8 touchdowns, all career highs. He ended the season tied for third in the NFL with 17.8 yards per catch.

During the 2014 NFL Season, he caught 55 receptions out of 95 targets for 577 yards and 3 touchdowns. On February 27, Cooper signed an extension deal valued at $25 million over five years, with $8 million fully guaranteed.

Cooper continued to play with the Eagles during the 2015 season. In a game against the Dallas Cowboys on November 9, Cooper left the game with a foot injury. Cooper finished the season with 21 receptions off 41 targets for 327 yards and 2 touchdowns. Cooper didn't record a single reception in 7 out of 16 games.

He was released by the Eagles on February 8, 2016. He auditioned for the Tampa Bay Buccaneers but did not make the roster. Cooper then spent the entire 2016 season out of football.

On December 12, 2017, Cooper announced his retirement from the NFL via Twitter.

In July of 2013, a video surfaced of Cooper being denied backstage access at a Kenny Chesney concert in the previous month. The video showed Cooper yelling a racial epithet at the bouncers who denied him backstage. In the aftermath, the Philadelphia Eagles fined Cooper an undisclosed amount, but still allowed him to resume activities with the team.

The contents of this page are sourced from Wikipedia article on 08 Jun 2020. The contents are available under the CC BY-SA 4.0 license.
View Riley Cooper 's image gallery
Image Gallery 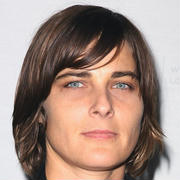