Rie Kugimiya (釘宮 理恵, Kugimiya Rie, born May 30, 1979) is a Japanese voice actress and singer. She is best known for her voice performances in anime, which include Alphonse Elric in the Fullmetal Alchemist series, Kagura in Gin Tama, and Happy in Fairy Tail. Because of her roles for characters such as Shana in Shakugan no Shana, Louise in The Familiar of Zero, Nagi Sanzenin in Hayate the Combat Butler, Taiga Aisaka in Toradora!, Aguri Madoka/Cure Ace in DokiDoki! PreCure, and Aria Holmes Kanzaki in Aria the Scarlet Ammo, some of her fans have nicknamed her the "Queen of Tsundere." She is currently represented by the talent agency I'm Enterprise.

In 1997, she earned her reputation from the company I'm Enterprise & We Flying Award at the first summer school of voice actors sponsored by Japan Narration Institute. Later, she became a member of I'm Enterprise.

In 1998, she debuted as a voice actress in the video game etude prologue -Shaking heart- as Tadami Saeki.

From the beginning of her debut, she plays the role of a teenage girl mainly from her childhood, using her voice quality. Later, she was appointed as a juvenile character, such as Taiki in Twelve Kingdoms and Alphonse Elric in Fullmetal Alchemist series, and began to take charge of various characters.

Kugimiya has also voiced several tsundere heroines, including Louise in The Familiar of Zero series, and Nagi Sanzenin in Hayate the Combat Butler. In 2008, she won for the Best Actresses in supporting roles at the 2nd Seiyu Awards. She won for the Best Actress in leading role at the 3rd Seiyu Awards. Within the Tamagotchi fandom she is known for her role in the Tamagotchi movies and anime as Mametchi. She has also contributed her voice to various merchandise such as Mugen Puchipuchi Moe, a virtual keychain bubble-wrap popping game.

She is also active on stage and participates in several stages and readings. 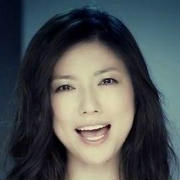