Born in Kankakee, Illinois, Winkel received his bachelor's degree in economics at University of Illinois at Urbana–Champaign and his law degree at DePaul University College of Law. He practiced law first in Bourbonnais, Illinois and later in Champaign, Illinois.

On April 26, 2010, Senate Minority Leader Christine Radogno appointed Winkel to the Illinois Plain Language Task Force. The task force was assembled to conduct a study and propose legislative measures designed to realize: (1) the potential benefits of incorporating plain language in State government documents, statutes, and contracts; and (2) how plain language principles might be incorporated into the statutes governing contracts among private parties so as to provide additional protections to Illinois consumers, to reduce litigation between private parties over the meaning of contractual terms, and to foster judicial economy. 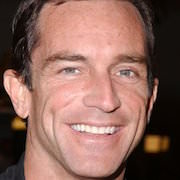