This is about the politician. For the fictional character, see Splatterhouse. For the American college football coach, see Rick Taylor (American football). For the radio personality also known as Rick Taylor, see Rick Emerson.
Rick Taylor is a former Democratic member of the Pennsylvania House of Representatives for the 151st legislative district. He was elected in 2006. Taylor attended University of Minnesota and interned for Minnesota House of Representatives and with Paul Wellstone. He earned a master's degree in Industrial and Labor Relations from Cornell University and worked as Manager of Compensation for IMS Health. He served as a member of the Ambler, Pennsylvania Borough Council prior to his election in 2006, when he defeated incumbent Eugene McGill. He lost re-election in 2010 to Republican Todd Stephens.

Taylor co-sponsored legislation to help prevent previously unaddressed forms of school bullying, including "cyber bullying" and harassment. The bill gives guidelines to each school's administration to deal with these incidents; also, the Department of Education is required to regularly evaluate each school's bullying policy and report back to the General Assembly. School districts that fail to comply with these regulations risk losing their Safe School funding from the state of Pennsylvania. 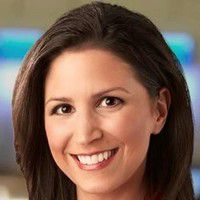