Rick Roeber, also known as Barefoot Rick, is a well-known barefoot runner that uses his barefoot running ministry to help addicts, alcoholics, and the homeless. Roeber, a Lee's Summit, Missouri resident, was born in Lincoln, Nebraska. Roeber has been interviewed about barefoot running in publications such as the Wall Street Journal, Fox News, and The Associated Press. He writes and speaks about his barefoot running and his Christian faith at various clubs, homeless shelters, churches, and schools.

Roeber began his running career in 1990, and has been running barefoot since October 2003. Previously, Roeber ran 18 marathons and thousands of miles with shoes. Roeber describes himself as a "challenged" runner when running with shoes, because he would over stride thereby heel striking. Since heel striking is a major cause of knee stress, Roeber continually injured his knees to the point where he would either need surgery to repair the damage or stop running altogether. After reading about how barefoot running forces proper technique, Roeber began his experiment with barefoot running. He subsidized his "shod" running with barefoot running for the next six months, until April 2004 when he ran the Boston Marathon barefoot. Since April 2004, Roeber has run exclusively barefoot, logging thousands of miles annually. In addition, he has completed dozens of barefoot marathons and one barefoot ultra marathon of 40 miles (64 km).

According to Roeber, he runs an average of 50 miles (80 km) barefoot a week. Most notably, Roeber is a daily runner that runs barefoot in temperatures as low as 6 °F (−14 °C) in ankle deep snow and over 100 °F (38 °C). He encountered one experience with frostbite in 2004, but by his own admission, he has learned his limitations. His notable mileage was recognized in 2007 by Harvard anthropologist Dr. Daniel Lieberman and his associate William Werbel. Harvard expensed Roeber to the university in December 2007 to be part of a barefoot running study to discover the difference between shod and barefoot runners' foot falls. The combined study by Daniel Lieberman and William Werbel, et al., “Foot strike patterns and collision forces in habitually barefoot versus shod runners” was published in the January 2010 edition of Nature Magazine.

Roeber recommitted his life to Christ in March 1992 after struggling years with alcohol. After many years of recovery and as a "lover of Jesus", Roeber believed the Lord desired him to use his barefoot running as a ministry to others. In 2006, he began to write about his experiences and to publish miscellaneous writings to a growing email distribution. In 2007, Roeber went public regarding his testimony and "how the Lord set him free" in the Kansas City Star article, Barefoot in the Park. Since then, Roeber has shared his story with the national and local media, running groups, churches, schools, and homeless shelters (see Other Media Links). Published weekly since April 2007, The Bare Soul is a weekly devotional written and distributed by Roeber to thousands of runners and non-runners alike.

As in past races, Roeber continues to put his feet to work by running for various charities. Two such examples are the Kansas City Rescue Mission and the Free Wheelchair Mission.

The contents of this page are sourced from Wikipedia article on 08 Jun 2020. The contents are available under the CC BY-SA 4.0 license.
View Rick Roeber 's image gallery
Image Gallery 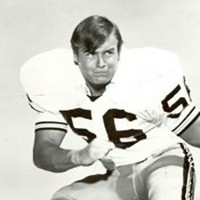 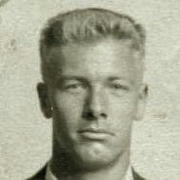