Rick Countryman (January 31, 1957) is an American jazz saxophonist and flautist.

After years attracting little attention as a baritone saxophone player, including an extended sabbatical, Rick made a late-life change to alto sax, at the urging of bassist, Simon Tan. His first recorded session with Simon and Christian Bucher, avant garde drummer from Switzerland, attracted the attention of French label "Improvising Beings" and was released as "Acceptance – Resistance". The recordings received many positive reviews, both in the United States and Europe.

Rick currently has over a dozen releases on five labels across Europe, Asia, and the United States, including multiple CDs with Japanese improvisational drummer, Sabu Toyozumi, who has made several trips to Manila to perform and record. The music continues to receive positive reviews and airplay. Two recordings were listed in "Gold Dolphy 2018", and a third in "Gold Dolphy 2019".

Since 2011, Rick has been an active member of the Manila jazz scene. He leads and performs in ensembles on baritone saxophone, alto saxophone, alto flute and bass flute; performing original compositions, as well as free jazz/improvisation, in his own jazz quartets and trios. His style is heavily influenced by Eric Dolphy, Sonny Simmons and the 60s Free Jazz movement. He was a student of Bert Wilson, and considers Michael Bisio and Rick Mandyck early mentors.

The contents of this page are sourced from Wikipedia article on 02 Jan 2020. The contents are available under the CC BY-SA 4.0 license.
View Rick Countryman 's image gallery
Image Gallery

Member of the Iowa House of Representatives

Former Sovereign Grandmaster of the AMORC 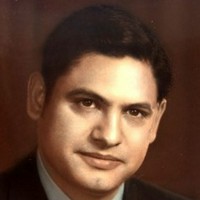