Richard A. Baker (born December 8, 1950) is a retired American special make-up effects creator and actor, mostly known for his creature effects and designs. Baker won the Academy Award for Best Makeup a record seven times from a record eleven nominations, beginning when he won the inaugural award for the 1981 film An American Werewolf in London.

Baker was born in Binghamton, New York, to Doris (née Hamlin), a bank teller, and Ralph B. Baker, a professional artist. Baker and his family moved to Covina, California when he was less than one year old.

As a teen, Baker began creating artificial body parts in his own kitchen. He also appeared briefly in the fan production The Night Turkey, a one-hour, black-and-white video parody of The Night Stalker directed by William Malone. Baker's first professional job was as an assistant to prosthetic makeup effects veteran Dick Smith on the 1973 film The Exorcist. While working on The Exorcist, Baker was hired by director Larry Cohen to design and create a mutant infant for Cohen's 1974 film It's Alive.

Baker received the inaugural Academy Award for Best Makeup for his work on An American Werewolf in London. He also created the werewolf creature Michael Jackson transforms into in the music video Thriller. Subsequently, Baker has been nominated for the Best Makeup Oscar ten more times, winning on seven occasions, both records in his field.

Baker claims that his work on Harry and the Hendersons is one of his proudest achievements. On October 3, 2009, he received the Jack Pierce – Lifetime Achievement Award title of the Chiller-Eyegore Awards.

He was awarded a Doctorate of Humane Letters from the Academy of Art University San Francisco in 2008. He also contributes commentaries to the web series Trailers from Hell for trailers about horror and science fiction films.

Baker received the 2485th star of the Hollywood Walk of Fame on November 30, 2012. The star is located in front of the Guinness World Records Museum.

Baker announced his retirement on May 28, 2015: "First of all, the CG stuff definitely took away the animatronics part of what I do. It's also starting to take away the makeup part. The time is right, I am 64 years old, and the business is crazy right now. I like to do things right, and they wanted cheap and fast. That is not what I want to do, so I just decided it is basically time to get out. I would consider designing and consulting on something, but I don't think I will have a huge working studio anymore."

Baker played the title role in the 1976 remake of King Kong. In the 2005 remake, he had a cameo as the pilot and gunner (with director Peter Jackson) who shot down Kong. He has also made cameo appearances in: the John Landis film Into the Night as a drug dealer with a business card; Men in Black II as an MIB agent helping provide aliens with disguises; Men in Black 3 as a "brain alien"; Michael Jackson's music video Thriller as one of the zombies; The Haunted Mansion as multiple graveyard ghosts; The Wolfman as the Wolfman's first kill; and Rings as a flea market vendor.

Baker is married; he was previously married to Elaine Melba Parkyn for ten years. He met his second wife, hairstylist Silvia Abascal, while they were both working on Into the Night. He also has two daughters, Veronica and Rebecca.

The contents of this page are sourced from Wikipedia article on 29 Dec 2020. The contents are available under the CC BY-SA 4.0 license.
View Rick Baker 's image gallery
Image Gallery 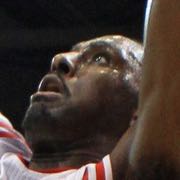 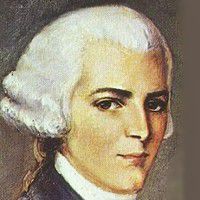 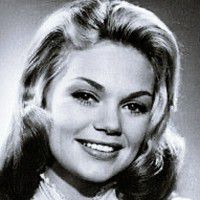