Richard Pefferle (January 5, 1905 – March 7, 1969) was an American set decorator. He was nominated for six Academy Awards in the category Best Art Direction. 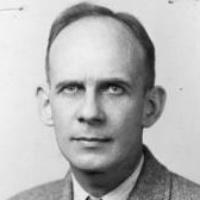