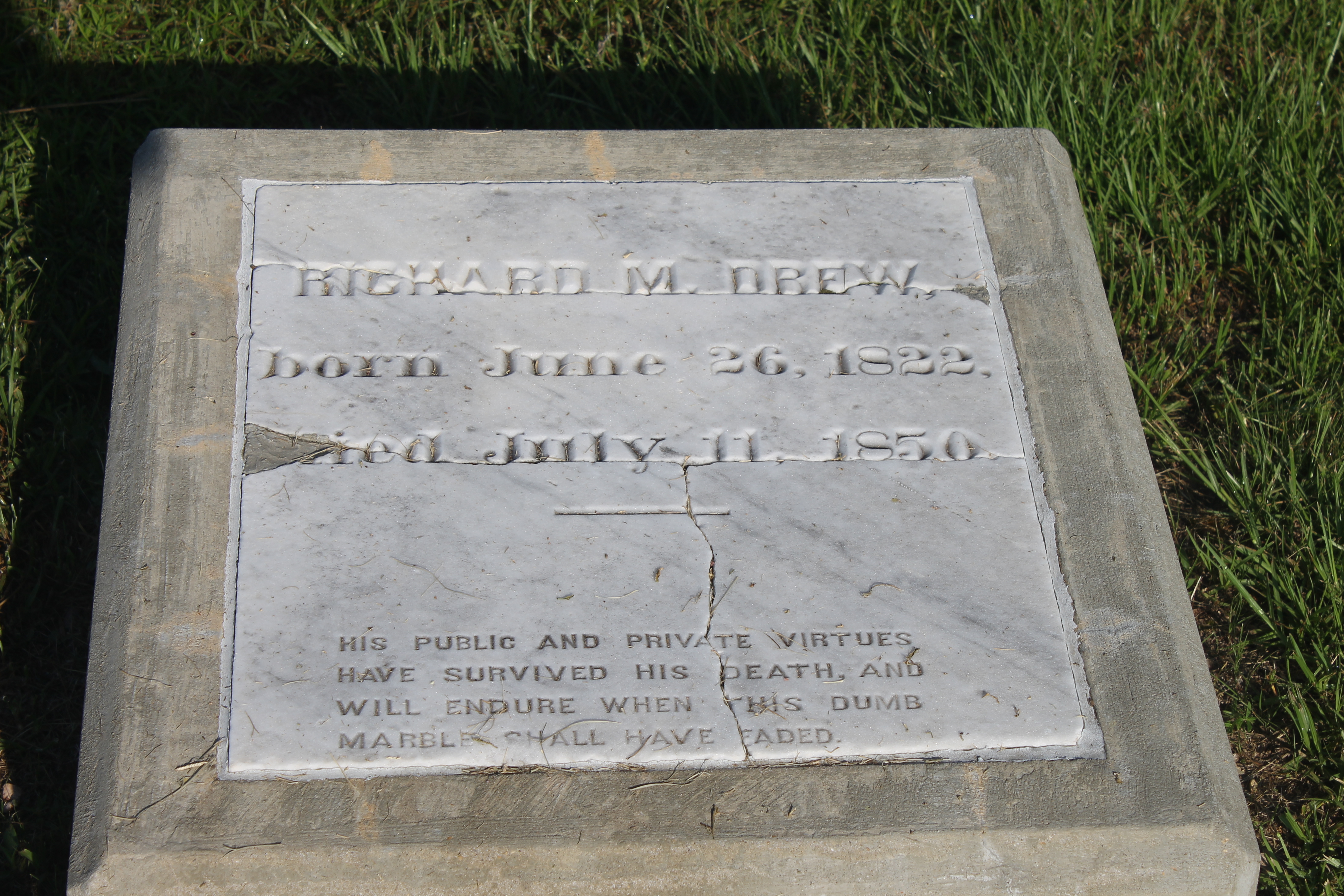 Richard Maxwell Drew (June 26, 1822 – July 11, 1850) was an attorney and politician in Claiborne Parish in North Louisiana. His family was among the first settlers of what is now Webster Parish, established in 1871 as a breakaway from Claiborne Parish.

Drew was a son of Newitt (or Newett) Drew and Sarah A. Sally Maxwell Drew, natives of Southampton County in Virginia, who later moved to Wilson County, Tennessee, and then northwestern Louisiana. Richard Maxwell Drew was born in his father's Overton community on Dorcheat Bayou near Minden, Louisiana, the seat of government of Webster Parish. The community was subsequently obliterated by yellow fever. Drew's brother, Thomas Stevenson Drew, who was twenty years his senior, became the governor of Arkansas in 1844. Thomas S. Drew was the namesake of Drew County, Arkansas.

R. M. Drew married the former Sarah Jessie Cleveland (1828–1875)in 1846. At seventeen, he was already practicing law. At twenty-three in 1845, he was a district judge in Claiborne Parish (prior to the establishment of Webster Parish), and a delegate to the Louisiana Constitutional Convention of 1845. For the last two years of his short life, Drew was a Democratic member of the Louisiana House of Representatives.

After Richard Maxwell Drew's death in 1850 his widow married in 1855 Dr. W. W. Arbuckle. To this marriage two daughters were born: Kate and Corinne. Sarah J. Cleveland Drew Arbuckle was buried at Overton c. 1875 according to Cleveland family records. Her grave was destroyed in 1958-59.

Drew is interred at the abandoned Overton Cemetery off Interstate 20. The epitaph on his tombstone, which was damaged several years ago by a bulldozer doing clearing work for the new I-20, reads: "His public and private virtues have survived his death and will endure when this dumb marble shall have faded."In 2011, a cenotaph honoring Drew was erected at the Minden Cemetery.