In 1849 he received his medical doctorate from the University of Vienna, where in 1850 he became a "first assistant" to Carl von Rokitansky (1804-1878). In 1854 he was appointed professor of anatomy at the medical-surgical school in Olomouc, and during the following year became a professor of pathological anatomy in Krakow. In 1861 he became a professor at the medical-surgical school at Graz (from 1863 a full professor), serving as university rector in 1864-65. In 1875, he returned to the University of Vienna. After his death, his position at Vienna was filled by Hans Kundrat (1845-1893).

Heschl is credited as the first physician to describe the transverse temporal gyrus or "Heschl's gyrus", located in the primary auditory cortex. This anatomical structure processes incoming auditory information. 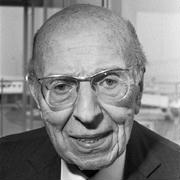